Gregory Porter’s body of work consists of four albums, one of which won’t be officially released until May. Two of those albums have been Grammy nominated and one, LIQUID SPIRIT, won the 2014 Grammy Award for best jazz vocal album. This has all happened in a four-year span.

LIQUID SPIRIT has sold one million albums worldwide and become the most downloaded jazz album of all-time with over 20 million streams. The album sold platinum in the U.K. and Germany. Porter also earned a Grammy nomination for Best Traditional R&B Performance for the ballad “Hey Laura.”

Sidelined from playing football while attending San Diego State University by a shoulder injury, the Sacramento, CA native headed east to focus on music. Porter moved to New York where he performed in dinner clubs in Brooklyn and Harlem. His reputation grew and he developed a huge following and caught the attention of record label execs.

Porter’s first two albums were released on the independent Motéma label. He signed with Blue Note Records in 2013 and released the LIQUID SPIRIT album — the 2014 Grammy Award winning album.

As for the hat he seems to never take off? In interviews Porter explained that he wears the hat to cover evidence of skin surgery. He says he will continue to where the hat for awhile. 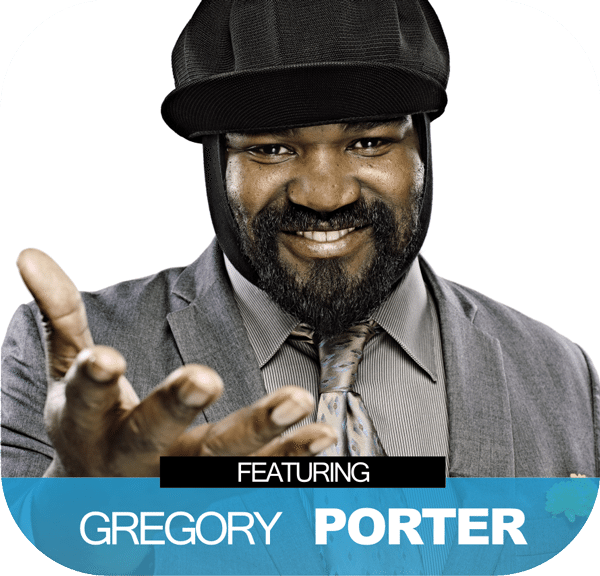