It’s been a couple of years since Branford Marsalis visited backstage during the Coltrane Jazzfest.  Finally, he is going to perform with Joey Calderazzo at the 7th Annual John Coltrane International Jazz and Blues Festival, Sunday, Sept. 3, 2017. Branford is the eldest son of Jazz pianist Ellis Marsalis. He has won three Grammy Awards, a Tony Award and has been named a Jazz Master, the highest honor that can be bestowed on a jazz musician,  by the National Endowment for the Arts (NEA).  Born and raised in New Orleans, Branford and his brothers (Wynton, Delfayeo and Jason) have each carved out his own distinct career while being a part of musical family dynasty.

Branford had a growing fascination with jazz, which gave him the basic tools to obtain his first major jobs, first with trumpet legend Clark Terry and then alongside Wynton in Art Blakey’s legendary Jazz Messengers.  The brothers left Blakey to form the Wynton Marsalis Quintet and Branford created his own band a few years later.  The core of the band has pretty much stayed in tact over the years.  Pianist Joey Calderazzo replaced the late Kenny Kirkland in 1998.

The duo recorded SONGS OF MIRTH & MELONCHOLY over a three-day period in Durham, NC.  It was released in 2011 on the record label Branford founded, Marsalis Music. Both Calderazzo and Marsalis maintain strong ties to North Carolina. Calderazzo resides here and both artists cultivate an ongoing, teaching relationship with the Jazz Studies Department at North Carolina Central University.

As for other public stages, Branford has toured with Sting, collaborated with the Grateful Dead and Bruce Hornsby, served as Musical Director of The Tonight Show Starring Jay Leno and hosted National Public Radio’s widely syndicated Jazz Set.

A native of New Rochelle, NY, Calderazzo’s career started with a series of well received albums released on the Blue Note Records label. He studied classical piano from age six, discovered jazz some years later.  and hit the big time when he joined saxophonist Michael Brecker band in 1987.

When not working with Branford in the quartet or as a duo, Calderazzo keeps up a very busy solo career.  He has recorded numerous albums with his own quartet, just recently began working with a trio to explore a differing musical dynamic. 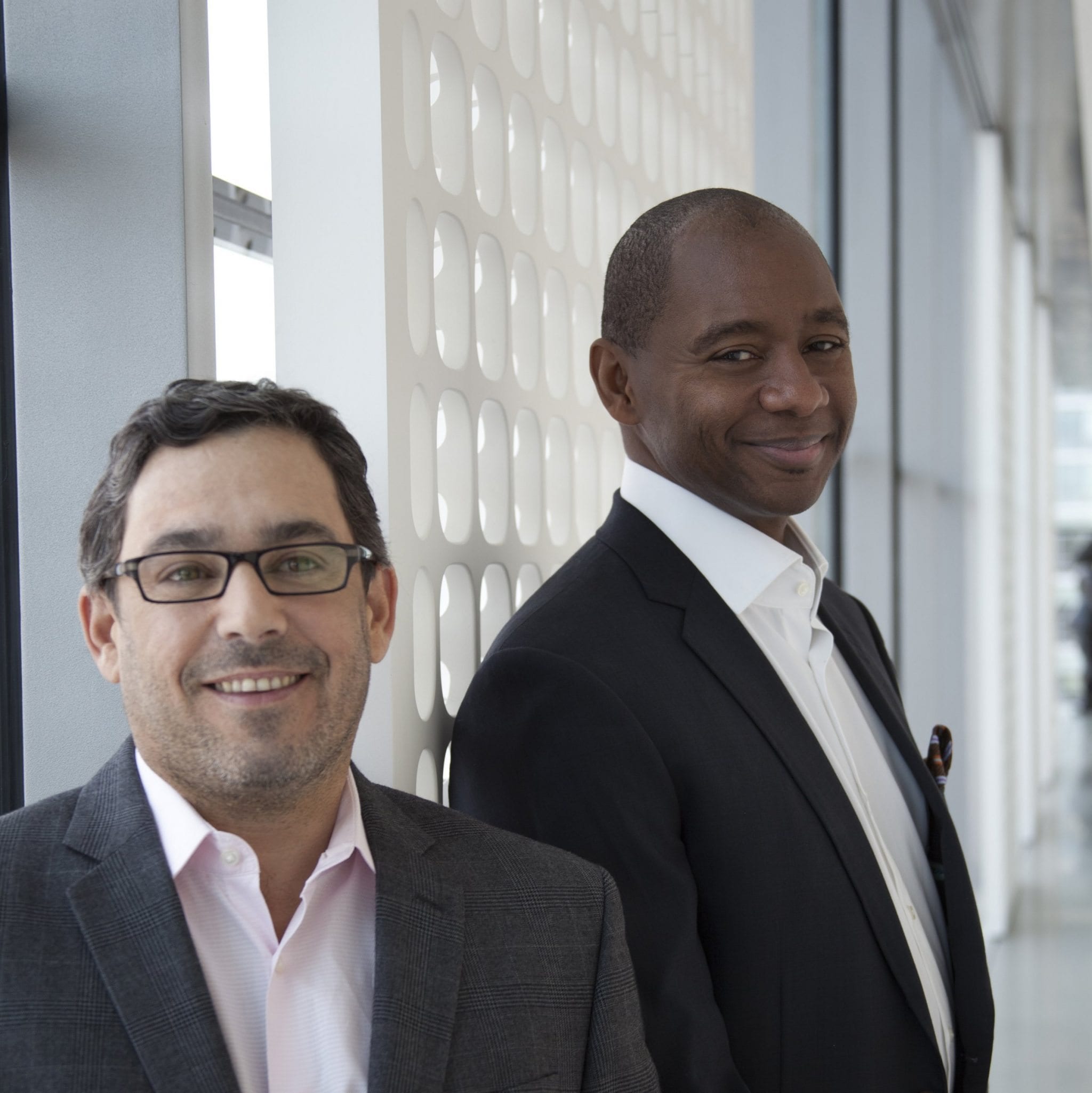