Keyboardist and composer Lao Tizer will lead his band that features GRAMMY Award winning saxophonist Eric Marienthal and the mesmerizing world music violinist Karen Briggs in a concert to benefit the John Coltrane International Jazz and Blues Festival’s Student Instrument Contest.  Winners of the 2020 contest will be honored during the broadcast. The free event will be streamed live on the festival’s Facebook page, website and YouTube channel, Saturday, Nov. 14, 2020, 9 p.m. EST/6 p.m. PST.

The inaugural livestream broadcast will feature the Lao Tizer band playing material from the groups latest Billboard Jazz Top 10 release, Songs From The Swinghouse, in addition to a tribute to John Coltrane, and other special surprises.  Vocalist Michelle Coltrane,  step-daughter of the late jazz saxophone icon will join the band for a guest appearance.

The John Coltrane International Jazz and Blues Festival has given away instruments to student musicians in middle and high school during each of our 9 years of existence.  Entrants write short essays explaining what music means to them and why they need a new instrument.  Winners are presented with their prizes on stage during the festival. This year’s festival was postponed until 2021 and the students lost the opportunity to receive their prizes in front of an audience. The livestream concert creates an opportunity to provide exposure to the aspiring young musicians and encourage donations that will allow the festival to increase the number of instruments given away in the future.

← Congratulations To Our Winners! Stay Tuned → 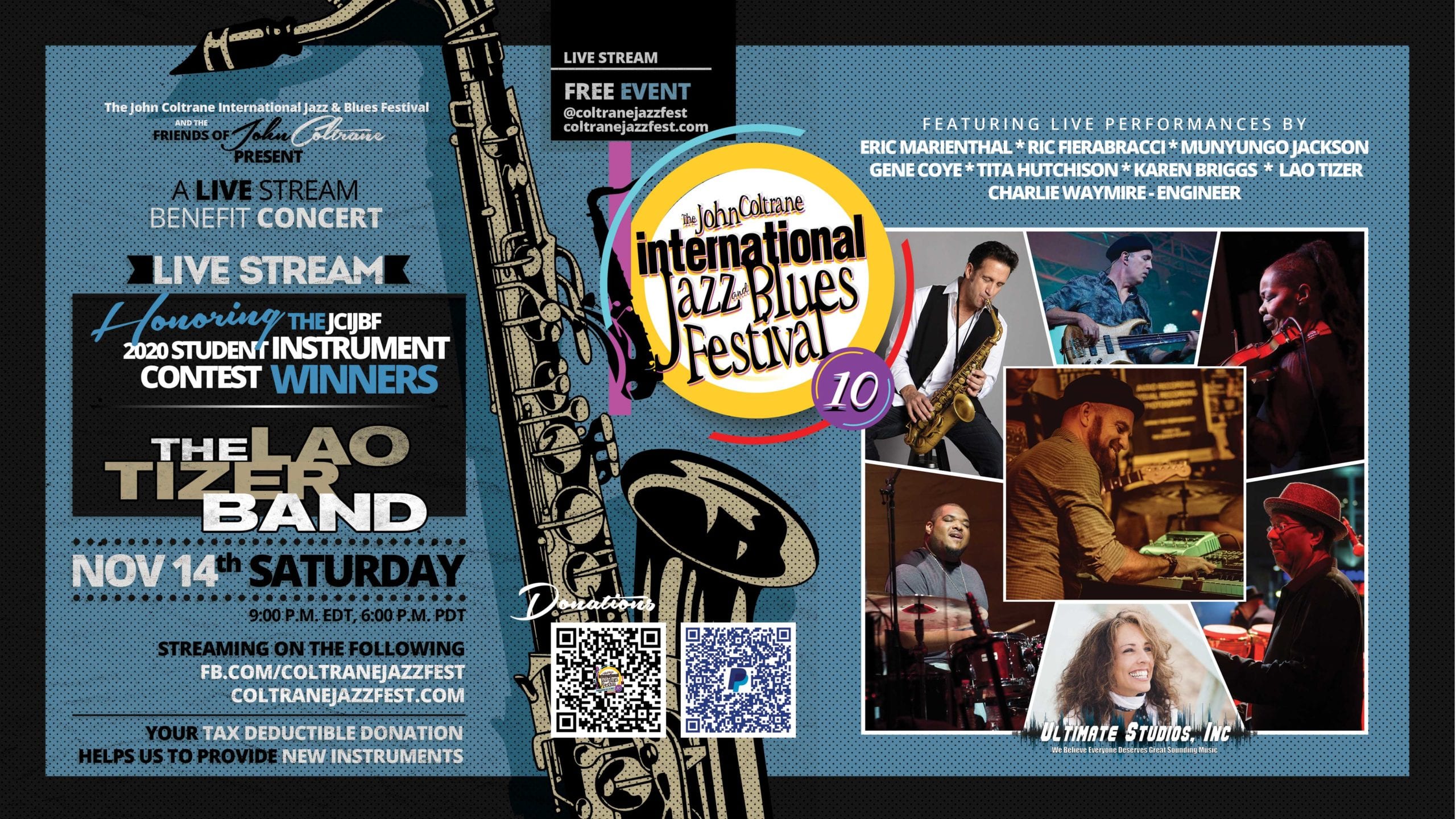