Reaching Beyond the Limits!

A specific kind of excitement fills backstage when it is time to present those who won the John Coltrane Student Instrument Contest with their prize instruments and present the winners on stage. For many of the young people, the moment represents reaching a goal or at least attaining a needed component to help them reach a goal.

As one winner from 2021 wrote, “I would like to be the winner of this competition because with the school-issued trumpet I have now, there are notes and limits that I can’t reach and if I get a new trumpet, I will be able to reach those limits and other goals that I cannot reach now.”

SPECIAL TO THE FESTIVAL

The contest offers young people who study music an opportunity to win a brand-new instrument. It has become a special part of the John Coltrane International Jazz and Blues Festival (JCIJBF) since the first year the event was held in 2011 for the students, their families and the audience.

We had four winners the first year,  five the next and more entries in subsequent years. Fortunately, the number and size of donations also increased year over year. We were able to award an even greater number of students with prize instruments. In later years, the number of contest entrants decreased. This year we would like to see that trend reversed.

There is only one entry requirement — the person must be enrolled in a North Carolina middle or high school. In a 150-250 word written essay, entrants should explain what music means in their lives, which instrument they would like to win, and how a new instrument would help them achieve their goals. Video presentations are welcomed. The deadline to submit entries is July 16, 2022.

The Student Essay Contest is sponsored by the Friends of John Coltrane, Inc. The prizes are made possible by Bill Banks, Joe Williams, and KHS America, Inc., an instrument manufacturer along with local sponsors. 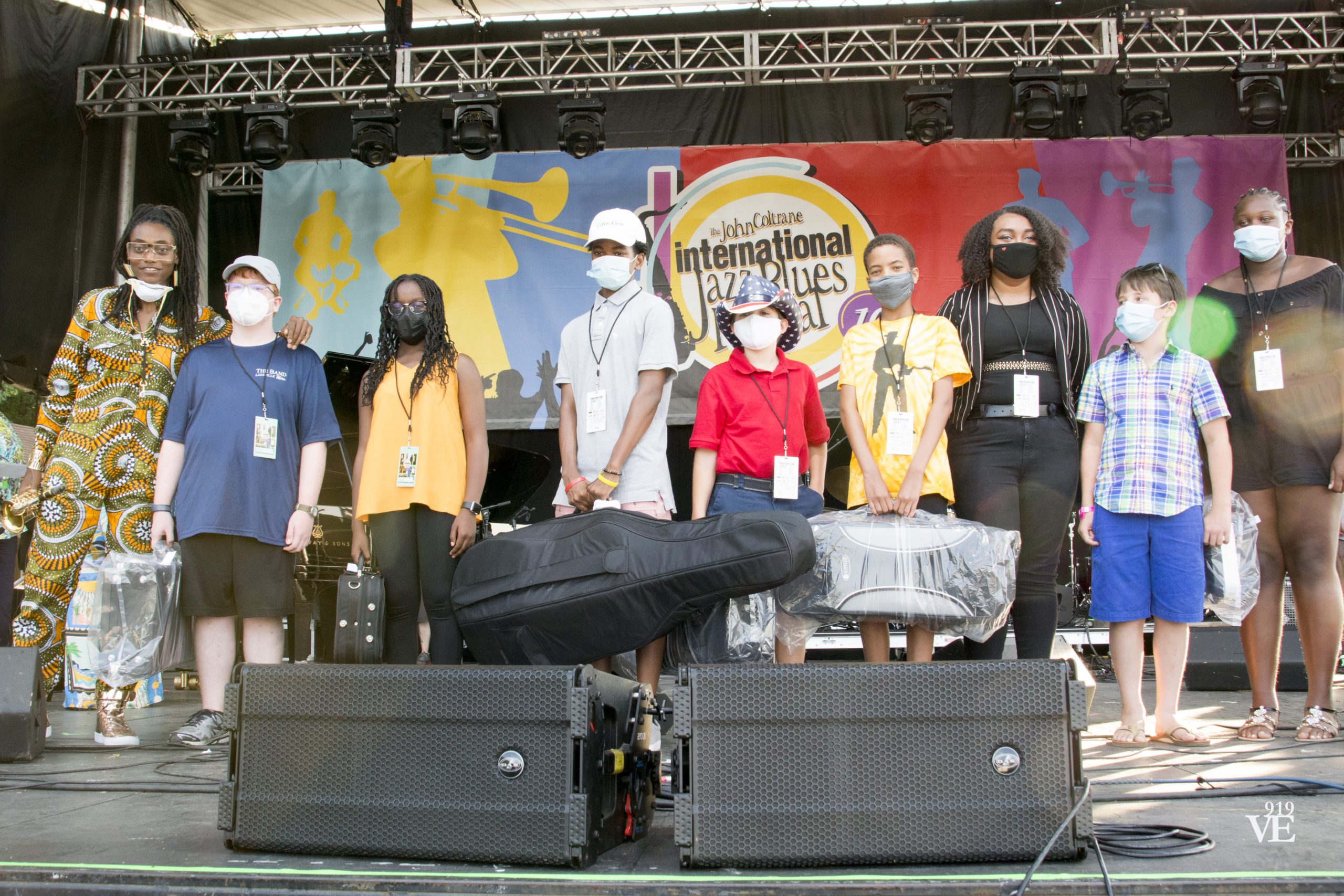