This year is one for the history books.  Fall is upon us and we are daily trying to anticipate what’s ahead.  Looking to last year, in High Point, we’d be talking about the 9th Annual John Coltrane International Jazz and Blues Festival; an event that pays homage to High Point native, John Coltrane.   The event, held every Labor Day Weekend since 2011, is one I have always looked forward to as it brings thousands of people across the country and world to Oak Hollow Festival Park, to enjoy the smooth sounds of jazz and other genres that depict the culture of Coltrane and his music, and the smiling faces of young inspiring student anticipating receiving there brand new instruments. This year is different because of the ‘Vid.  Festivals and events around the globe have either postponed or cancelled their plans of entertaining thousands of spectators and fans and High Point is no different.

We will have to wait until 2021 to celebrate the 10th Annual Jazz Festival; but I can tell you that plans are in the works to bring top entertainment and additional amenities in the mix to enhance the overall experience while visiting High Point next year.

While we wait, I would be remiss if I did not acknowledge the late, and great John Coltrane . For those who may reside in High Point or are just a short drive away, may I remind you of how High Point gives a nod to the jazz musician himself.

An eight-foot bronzed statue was made to honor Coltrane, known internationally for his unique genre and style.  The statue sits at the corner of Commerce Avenue and Hamilton Street and offers an interactive kiosk so you can hear some of Coltrane’s music.

John Coltrane’s family moved to High Point in 1926 when he was three months old. He lived together with his maternal grandparents, his own parents, and sometimes his cousin’s family. His grandfather, Rev. W. W. Blair, was a presiding elder of the AME Zion church, and his father was a tailor. Coltrane’s childhood was typical of many black children in High Point. He experienced the limitations of living with segregation as well as the closeness of High Point’s black community.  The family house still sits today on Underhill Road.

In 1939, Coltrane joined Warren B. Steele’s community band, starting out on alto horn and later moving to clarinet. The success of the community band inspired William Penn principal Samuel Burford to start a school band in 1940. Coltrane joined as a founding member of the school band under the direction of Grayce W. Yokely. Later, Coltrane developed an interest in the saxophone, practicing with Charlie Haygood, a restaurant owner on Washington Street. By his senior year, Coltrane’s musical talents earned him the vote of “most musical.” He also earned a lyre for his participation with the Boys’ Chorus.  Just a short distance from Underhill on Washington Street, sits William Penn High School.

High Point Museum houses the John Coltrane Exhibit featuring various artifacts including the piano that was in his childhood home, sheet music and photos.  The museum is also working to house a larger exhibit next year in conjunction with the festival to honor Coltrane.

So, as we make our plans to safely gathering with our loved ones this fall, ask Alexa to play Coltrane and remember that we only have a little less than 367 days before we can descend on Oak Hollow Festival Park and celebrate the 10th Annual John Coltrane International Jazz and Blues Festival; right here in High Point. 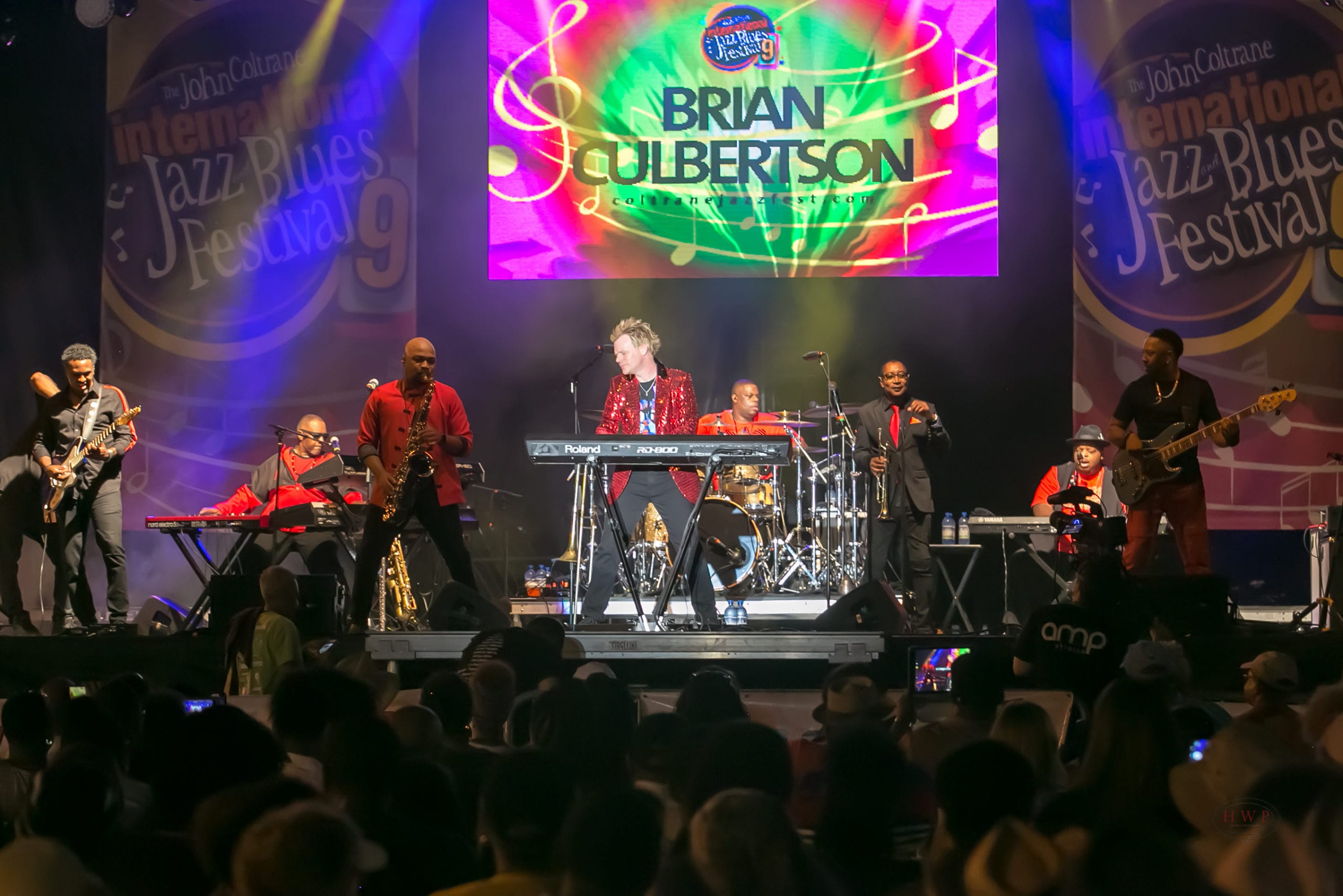