Snarky Puppy is truly a different kind of musical animal. The band will showcase their rare mix of eclectically creative musicianship at Sunday’s show.

The once Texan, now New York-based quasi-collective has gone from the best-kept secret to one of the most respected names in instrumental music

Fresh off the heels of their 2014 Grammy win, Snarky Puppy released their latest album We Like It Here. The album debuted at # 1 on the iT`unes Jazz charts across the world and established the band as the standard-bearers for a new movement in jazz.

2015 will see the band release their first major label album, a ground breaking collaboration, specially written orchestral suite with the world famous Metropole Orkest on the legendary Impulse Label. They will also be recording the second volume of their Grammy award winning ‘Family Dinner’ series in New Orleans with a stellar guest artist line up.

The group is led by award-winning bassist/guitarist/composer/arranger Michael League, whose creative grass-roots approach to a tougher-than-ever industry has created a new model for independent artists. Snarky Puppy is a three-headed creature: first, and most obviously- an original music ensemble. Second- a production team and session band for individual artists. Third, and probably most importantly- Snarky Puppy is a group of musicians enthusiastically committed to music education and community outreach. 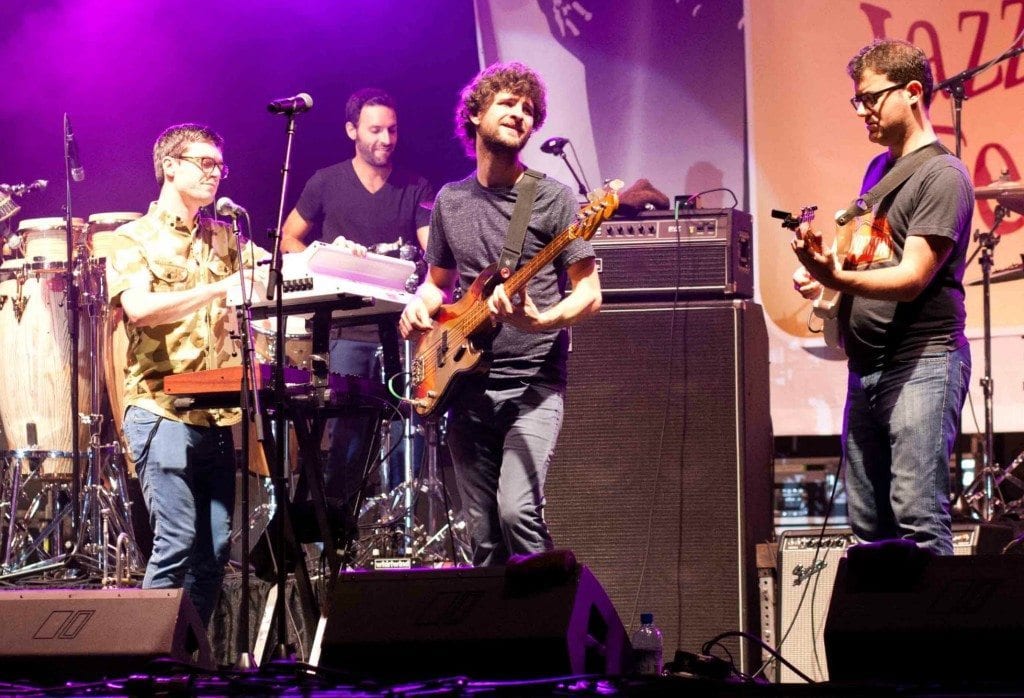