The Latin Jazz All Stars

Figueroa is a master of the percussions, equally comfortable playing jazz, R&B rock, pop, bebop, Latin, Brazilian and New Age. As a sideman, he has toured and recorded with a vast and diverse list of artists. As a leader Figueroa has recorded four albums; two of which were Grammy Award nominated for Best Latin Jazz Album.

Escovedo, an equally famous percussionist, formed the Latin Jazz Sextet with his brothers and helped pioneer the genre. He has toured and recorded with Carlos Santana, formed the band Azteca and continued to perform with luminaries of jazz, pop and R&B..

Elio Villafranca was classically trained in percussion and composition at the Instituto Superior de Arte in Havana, Cuba. He arrived in the U.S. in late 1995, and has been involved in the jazz and Latin jazz scenes on both the East and West Coasts.

Jorge Castro studied saxophone and flute at the famed “Escuela Libre de Música.” World renown jazz saxophonist, David Sánchez heard Castro and became is mentor & teacher. Since that meeting Castro has become one of the most sought after saxophonist in music.

Yunior Terry is a bassist’s bassist! He was born in Camaguey, Cuba. After studying with Charlie Haden, he moved to New York City where he became one of the premier bassist for Latin, Afro Cuban & World music.

Diego Lopez began playing Drums at age 11. By age 15, he was working professionally. In 2000, he established himself on New York’s music scene.

Guido Gonzales began studying the trumpet at age 12, and has since been actively involved in the study, performance, and teaching of the trumpet. 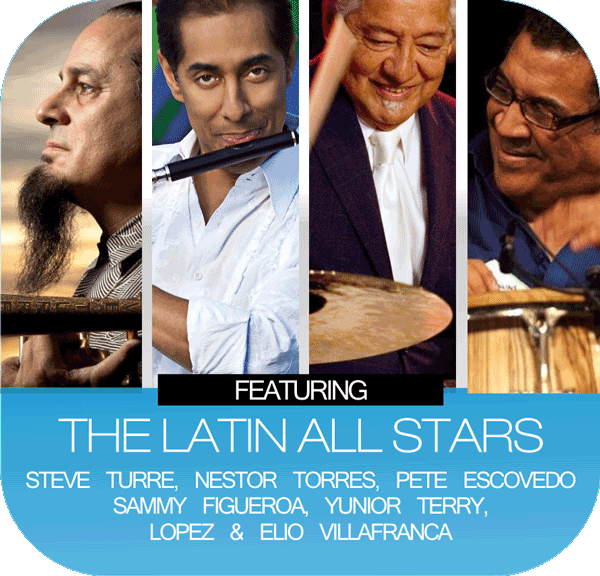