Dee Dee Bridgewater and Ramsey Lewis – The Soul Of Jazz

Bridgewater won the Tony Award for her performance as Glinda the Good Witch in the Broadway musical The Wiz. The production also won the Grammy Award for Best Musical Show Album. She’s been nominated for the London theater’s West End equivalent of the Tony Award, the Laurence Olivier Award (Best Actress in a Musical – Lady Day).

It is her exquisite vocal talent that keeps Bridgewater touring. She marked the beginning of her career as a jazz vocalist when she joined the Thad Jones-Mel Lewis Orchestra in the early 1970s. During that era, Bridgewater worked with just about every major jazz artist of the time including Sonny Rollins, Max Roach, Rahsaan Roland Kirk, Dizzy Gillespie and Dexter Gordon.

She has the won three Grammy Awards, one for her tribute to Billie Holiday; 2011‘s Best Jazz Vocal Album for ELEANORA FAGAN: TO BILLIE WITH LOVE FROM DEE DEE BRIDGEWATER and two for her Ella Fitzgerald tribute, the 1998 Best Jazz Vocal Performance and Best Arrangement Accompanying a Vocal for “Cottontail” – DEAR ELLA.

Pianist Ramsey Lewis has been an iconic leader in the contemporary jazz movement for more than 50 years. He is an NEA Jazz Master, three time Grammy Award winner, whose discography contains 80 albums.

The Ramsey Lewis Trio, with bassist Eldee Young and percussionist Redd Holt, released their debut album, Ramsey Lewis & His Gentlemen of Jazz, in 1956. He earned his first gold record, as well as a Grammy Award for Best Jazz Performance, for their version of Dobie Gray’s hit “The In Crowd.” He returned to the pop charts in 1966 with versions of “Hang On Sloopy” and “Wade InThe Water.”

After Young and Holt left the trio, the pianist hired a new rhythm section with Cleveland Eaton on bass and the late Maurice White on drums. White left to form Earth, Wind & Fire; then returned to produce Lewis’ 1974 smash album Sun Goddess, in which Lewis first experimented with electronic keyboards.

His work from the mid 1970s through the 1990s included a slew of albums that have become classics including the launch of the Urban Knights on which he collaborated with Grover Washington, Jr., Dav Koz and Earl Klugh. 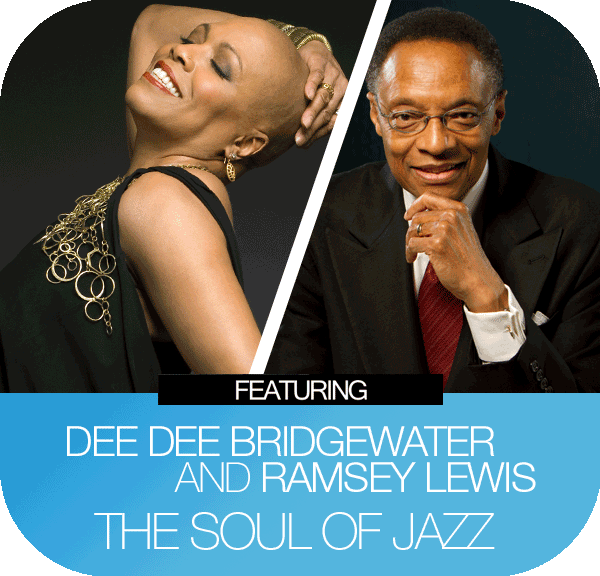