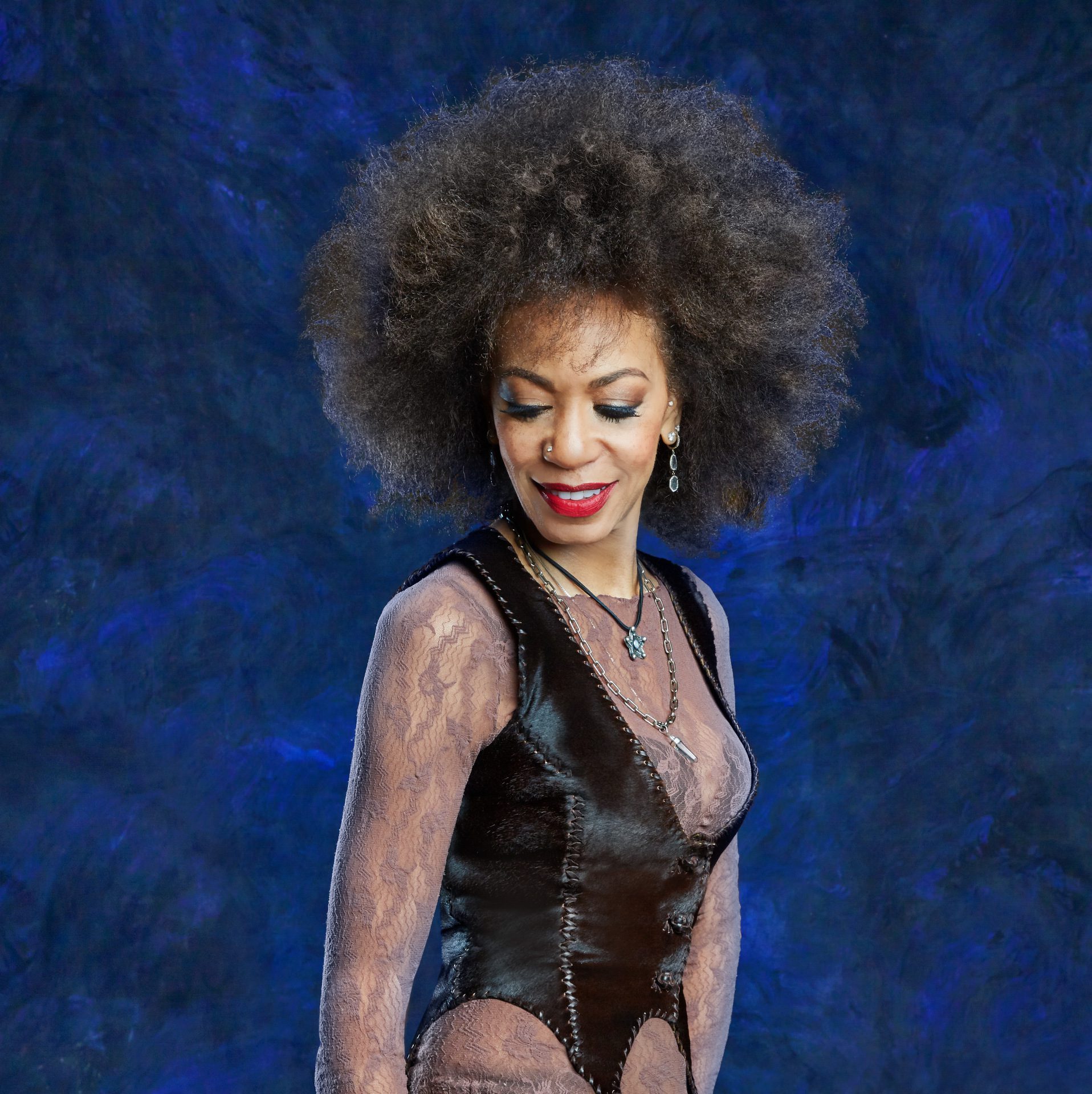 Cindy Blackman Santana is a virtuoso drummer whose artistry spans the realms of Jazz and Rock. As a musician and bandleader, she is a sound innovator with a passion for pushing creative boundaries and exploring movement and change. She will perform at the 11th John Coltrane International Jazz and Blues Festival on Sunday, Sept. 4, 2022.

She has toured the globe and made albums with artists including Pharoah Sanders, Cassandra Wilson, Bill Laswell, Joss Stone, Joe Henderson, Buckethead, Don Pullen, Hugh Masakela, and Angela Bofill, while also writing, recording, and performing with her own groups — the Cindy Blackman Santana Band and Another Lifetime, which released its critically acclaimed self-titled debut in 2010.

In 2011 she joined forces with Vernon Reid, Jack Bruce, and John Medeski to form the supergroup Spectrum Road. They released an album dedicated to the music of Tony Williams, followed by an extensive tour. From 1992 to 2007 and again in 2014 and 2015 she was the drummer in Lenny Kravitz’s band, performing on multiple world tours and hit albums.

In 2016, Cindy Blackman joined Santana full time. In 2017, she and Carlos joined forces with the Isley Brothers to release Power of Peace, followed by the Santana EP In Search of Mona Lisa, the full-length album Africa Speaks in 2019, and the newest Santana release, Blessings and Miracles. And when not working with Santana, she continues to tour with the Cindy Blackman Santana Band, whose current lineup includes Marc Cary on keyboards, Felix Pastorius on electric bass, Aurelien Budynek on electric guitar, and Emilio Modeste on saxophone.

In September 2020, she delivered a new solo album Give the Drummer Some, with songs that span the genres of Jazz, Rock, and Funk, and feature Cindy’s versatility both behind the kit and in front of the microphone. With it, she continues to build a body of work and artistic legacy that make her one of the finest drummers and recording artists of this or any generation.