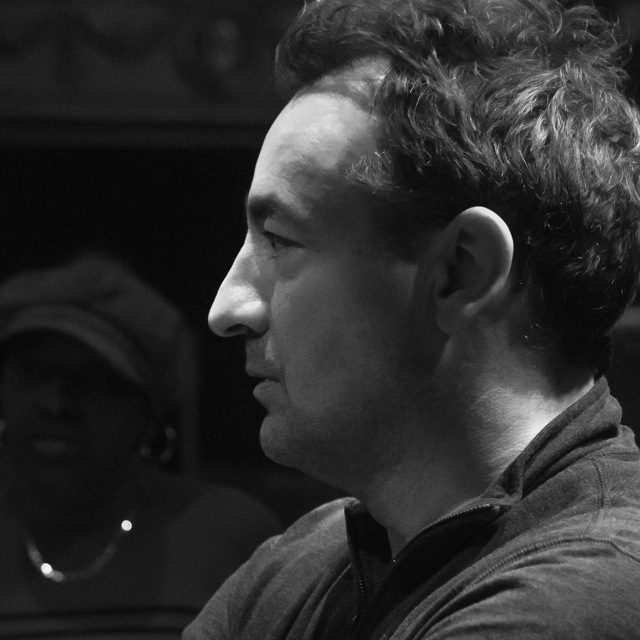 Alex Bugnon has been a prolific force within the contemporary music scene for almost 30 years. The renowned pianist, composer and bandleader will be a part of the Masters of Smooth at the 11th John Coltrane International Jazz and Blues Festival, Saturday, Sept. 3, 2022. Performing with him will be Marion Meadows, Karyn White, Jessy J., Gerald Veasley, and Poogie Bell.

Born in Caux, Switzerland. His hometown is just four miles from Montreux, the site of the world-famous jazz festival. Such proximity had to have influenced Alex Bugnon’s interest in becoming a musician. His love of music is rooted in an appreciation and understanding of classic jazz and soul-based artists such as Horace Silver to Herbie Hancock, Thelonious Monk to Ahmad Jamal and from Art Blakey to Earth, Wind and Fire. He developed an early friendship with Hancock. His uncle was the legendary jazz trumpeter, Donald Byrd. In addition to Hancock, the playing styles of McCoy Tyner, Red Garland, Kenny Kirkland, George Duke, and Keith Jarrett influenced him.

Alex Bugnon trained at the Paris Conservatory before landing in Boston to study at the Berklee School of Music. To this day, Alex Bugnon does not miss a day of practice or composing. It was in the U.S. that his exposure to R&B, gospel, jazz, and funk began to shape his personal sound. His genuine love for diverse music styles and commitment to his craft have kept Alex Bugnon touring steadily on the strength of a deep album catalog, the last, Harlem, being released in 2013.

He moved to New York City and toured with a variety of R&B artists including Melba Moore, Freddie Jackson, Patti Austin, James Ingram and Glenn Jones. An encounter with saxophonist Najee resulted in Alex Bugnon’s first contract with Orpheus Records and first album. Released in 1989, Love Season catapulted the unknown Bugnon to prominence and set him on his musical course. The album rocketed to number two on the R&B charts and was nominated for a Soul Train Music Award for best jazz album. In 1991 he signed with Epic Records and released two bestselling albums 107 Degrees in the Shade and This Time Around before joining RCA Records and releasing the 1995 album Tales from the Bright Side.

As the new millennium began, Alex Bugnon also began anew. Signed to the Narada/EMI label through which he released four albums; As Promised (2000), followed by Soul Purpose (2001), Southern Living (2003), and Free (2005). His next 3 CDs were released on his own label, Xela Records, and another, The Ultimate Alex Bugnon, released under Michael Cuscuna’s Mosaic label.