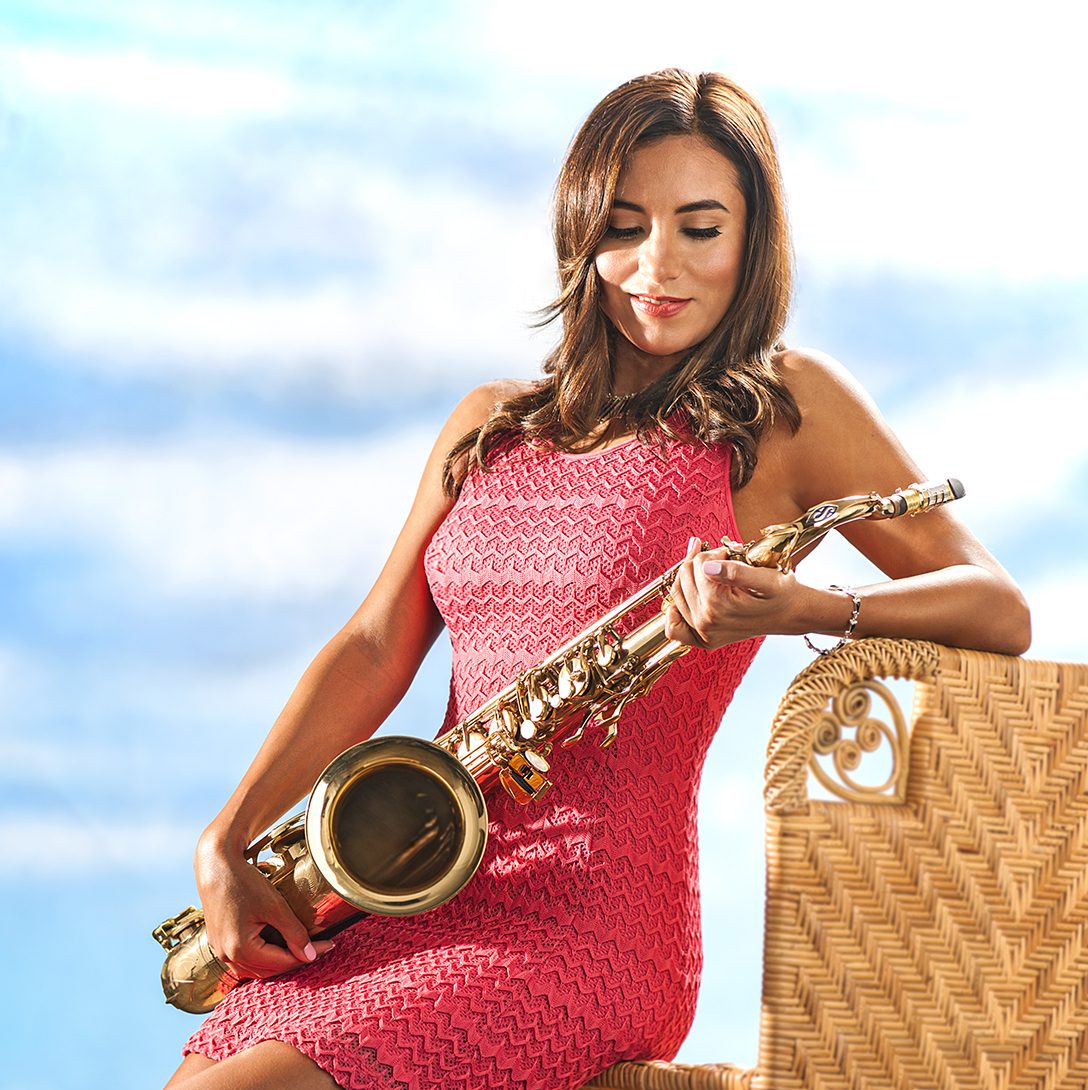 JESSY J – OUT THE GATE

She began playing piano at the age of four and at 15, won the Piano State Championship at the Béla Bartók Festival. She also played saxophone in state honored bands, such as the Grammy Band, and played at international festivals as well. Jessy J attended the University of Southern California (USC) and majored in jazz studies. Cannonball Adderley, John Coltrane, Charlie Parker and Grover Washington, Jr. are her main influences. While at USC, Jessy J auditioned and was selected as a member of the Disney All American College Band two consecutive years in a row. As a band member she attended workshops learning critical skills, such as leadership, teamwork, and communication which gave her the confidence needed for creative song writing and organizing a band as a leader. After graduation Jessy J’s equal passion for pop led her into recording sessions with artists like Michael Buble, followed over the years by tours with Jessica Simpson, the Temptations and Michael Bolton. Even while working with pop and Latin artists, Jessy J put together her own band, performing at such L.A. hotspots as The Jazz Bakery and, through her work with the Henry Mancini Institute and Orchestra, performing at many official functions and private parties.

In 2008, Jessy J was named Radio & Records “Debut Artist of the Year”. She also received the “Contemporary Jazz Song of the Year” award from R&R and Billboard for the title song of her debut album Tequila Moon. Also, that year, she was featured on the cover of the May issue of Jazziz Magazine. In 2009, she was on the October cover of Saxophone Journal and Latina Style Magazine. Jessy J’s 2011 album Hot Sauce debuted at number one on the Billboard Jazz Albums chart and was featured in People Espanol and Latina magazine. The album includes performances by Joe Sample, Harvey Mason, and Ray Parker Jr. She has recorded four other albums including Second Chances (2013), My One and Only Love (2015), California Christmas (2016) and Live at Yoshi’s the 2018 release that celebrates the 10th anniversary of Jessy J’s first album.