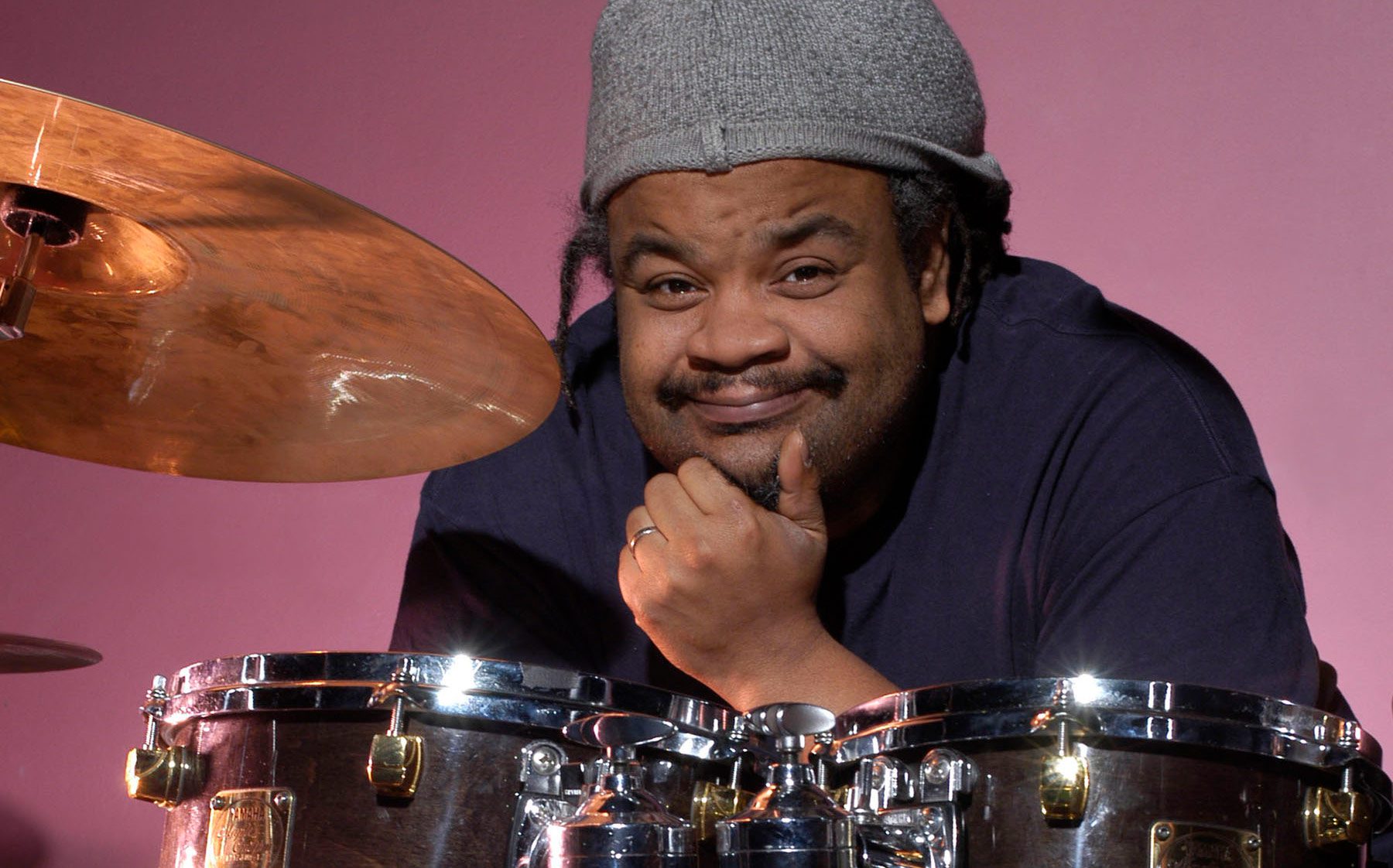 The sound of Poogie Bell’s drums can be heard on many of the world’s finest jazz, neo-soul, R&B, and hip-hop records. He is a performer, record producer, composer, and arranger. Poogie Bell will do the same for the Masters of Smooth as he joins Marion Meadows, Alex Bugnon, Gerald Veasley, Jessy J and Karyn White at the 11th John Coltrane International Jazz and Blues Festival (JCIJBF) on Saturday, Sept. 3, 2022.

His father was Charles Bell, a jazz pianist who graduated from the Carnegie Institute before leading his own band called the Charles Bell Contemporary Jazz Quartet. When Poogie was around 10 months old he sat for hours in a highchair watching his father’s band rehearse.

The family moved to New York City in 1968 where young Poogie Bell got to know Max Roach, Mary Lou Williams, Ron Carter, and Ornette Coleman who jammed with his father in the Bell’s living room on 93rd street in Manhattan. Bassist Paul Chambers was a neighbor.

At the age of two and half he made his concert debut playing with his father at Pittsburgh’s Carnegie Lecture Hall. He made his television debut at age three on WQED’s “Performance” show playing with the Charles Bell Quartet. Appearing with Pearl Bailey he made his first national television appearance on the Mike Douglas Show in 1966 at age five.

He performed on Chaka Khan’s 1992 album The Woman I Am, which won the 1993 Grammy Award for Best Female R&B Vocal Performance and on Marcus Miller’s album M2, which won the 2001 Best Contemporary Jazz Album. He also performed on Angélique Kidjo’s 2007 release Djin Djin. That album won the Grammy Award for Best Contemporary World Music Album in 2008.