Fifteen aspiring middle and high school student musicians were winners of the 2017 Student Essay Contest for the 7th Annual John Coltrane International Jazz and Blues Festival.  The students, who ranged in age from 13 to 17,  received brand new instruments including a violin, drums, piccolo, trombones  alto and tenor saxophones, and tuba.

The Student Essay Contest is sponsored by the Friends of John Coltrane, Inc., organizers of the Coltrane Jazz Festival.  To date, over 65 instruments have been awarded to aspiring students at a retail value of more than $100,000.  Winning students submitted a 150-250 word essay describing their music goals, how jazz inspires them, and what winning a new instrument would mean to their futures.

“The instrument I would like to win is a B♭ trumpet, one of the most crucial instruments in jazz. I absolutely love this instrument,” wrote Julian Ortega who realized his dream last year.  In his essay he also described how playing music helped him cope. The 14 year-old ninth grader wrote, “The notes and music have carried me through the most tragic moments in my life, the stress from school work and the daily pressures I face.”

Using music as a way to cope was a common theme expressed in many of the essays submitted. Thirteen year old, eighth grader Ben Coffee won a tuba.  He wrote about the desire to have an instrument all to himself. “Currently I share the tubas at school with other middle and high school band students. Winning my own tuba will give me a chance to play an instrument that is in good condition, that I can take care of, use at home, and consistently play.”

For Jordan Moore, entering the contest meant a chance to replace a broken instrument.  The 17 year-old senior wrote that she dropped her violin and cracked the neck. “If I can’t replace it I may not be able to play in the school orchestra this year or achieve my goal of being in All County Orchestra.”

Hailey Ingram sat in the hallway of James B. Dudley High School and listened to the newly formed jazz band practice. The 16 year-old continued, “I’ve seen jazz bands in downtown Greensboro.  It looks like a really great experience to try.” Ingram won a trombone which she will use to achieve her goal to playing in the school jazz and marching bands.

It has been documented that the benefits that come with a concentration in music education positively affects study habits for young students. That is why the Student Essay Contest is an important part of the John Coltrane International Jazz and Blues Festival.  It is the way the Friends of John Coltrane, Inc. connects Coltrane’s master musician and composer legacy to the community of young people seeking to continue a music education.

Entries are now being taken for the 2018 essay contest.  In a 150-250 word written essay entrants should explain what music means in their lives, which instrument they would like to win, and how a new instrument would help them achieve their goals. The submission deadline is  July 14, 2018. For the first time since it was first held, the contest is open to middle and high school students from all counties in North Carolina. All entries must be submitted online at the festival website 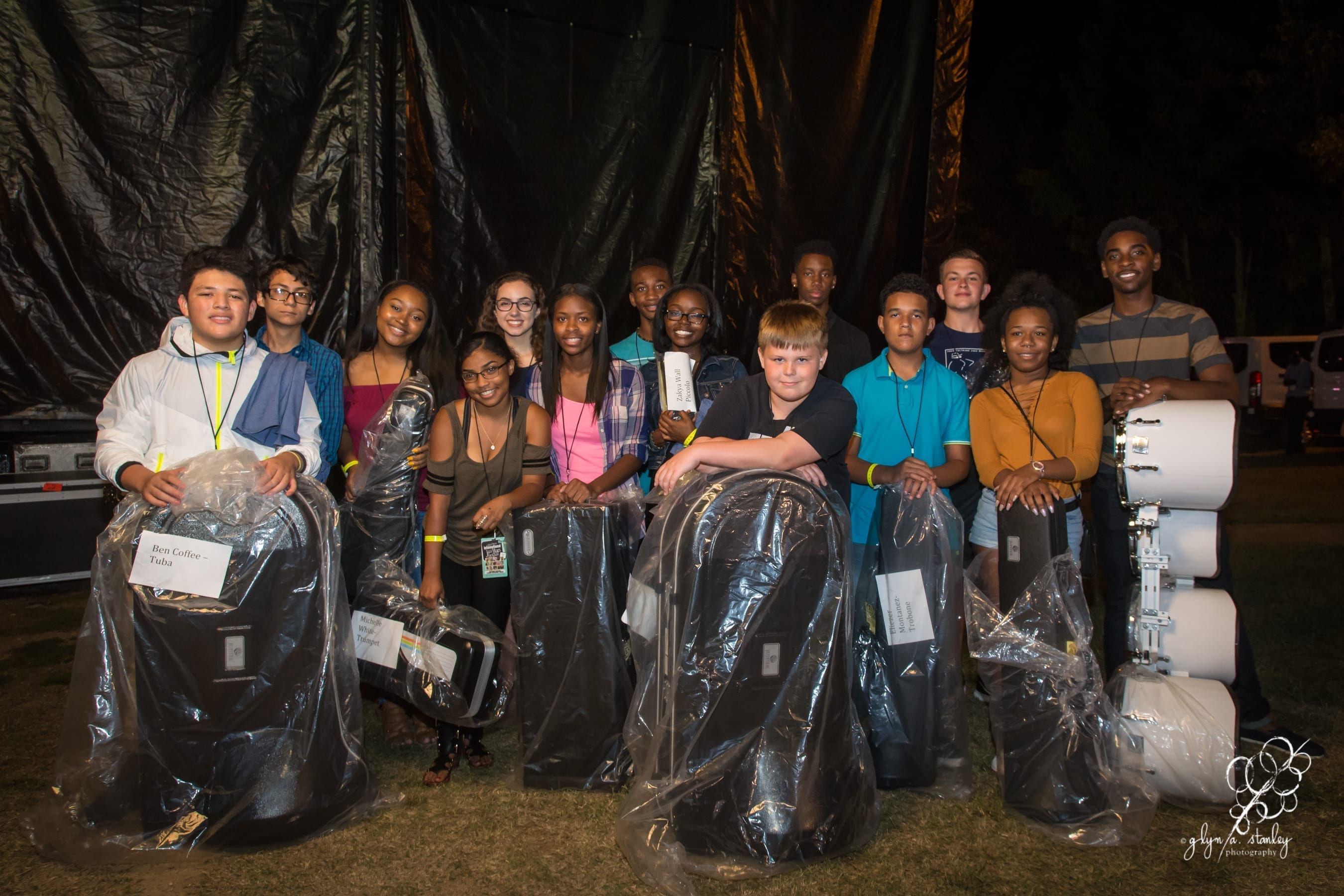