Vocalist Michelle Coltrane is the daughter of  jazz pianist Alice Coltrane who advanced the harp as an instrument of the genre and broke new ground by doing so.   Her step-father was saxophone, composer and jazz icon, John Coltrane. The example her parents set as musicians and as people inspired their daughter to be her authentic self  as an artist. Ms. Coltrane will play the jazz festival named for her father, the John Coltrane International Jazz and Blues Festival on Sunday, Sept. 2, 2018 in Oak Hollow Festival Park, HIgh Point, NC.

Coltrane’s career path includes working as a DJ, commercial voice over artist and background singer. She hosted a jazz radio show for five years called Straight, No Chaser” on KPKF, 90.7FM.   In the 90s she was part of a hip-hop jazz band known as Random Axis.

Here first album I THINK OF YOU, was released to critical acclaim in the early 90s.  Coltrane took time off from her career to devote to her family. Now she returns to her career with the release of her second recording AWAKENING.

The violin was Coltrane’s first instrument. Her mother taught her to play as a little girl and to read music when she was older.  Michelle stuck with the violin through high school, but also learned to play the piano, viola and clarinet.

Born in Paris, France, she returned to the states as a child and moved to Long Island, NY with her family that included three brothers; John, Jr., Ravi and Oran. In previous interviews, Coltrane has said she doesn’t have many memories of her father, who died when she was three years old.

A wide array of female vocalists have influenced Coltrane.  Among the first were Minnie Riperton, Patti Austin, and Brenda Russell. She later developed an appreciation for Sarah Vaughan, Ella Fitzgerald, Nina Simone and Shirley Horn. Of the vocalists of today, Coltrane cites  Dianne Reeves, Liz Wright, DeeDee Bridgwater and Carmen Lundy as the current artists who capture her attention. 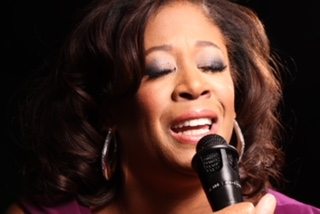