The Gate City Divas’ debut album GOIN’ TO TOWN, hit the local music scene in March 2016.  It was met with high praise both on the streets and in the press.  The Divas will perform for the 7th Annual John Coltrane International Jazz and Blues Festival (JCIJBF) on Sunday, Sept. 3, 2017.

Blues music holds a prominent place on the JCIJBF planning agenda.  Since its 2011 debut, a blues act has been part of the lineup.  This is not just the Coltrane Jazz Festival after all, but the “Jazz and ‘Blues‘ ” Festival.  The commitment to always having blues included on the lineup is one of the distinctive factors that makes the Coltrane Jazzfest one of the premiere jazz festivals in North Carolina.

With the addition of the Gate City Divas, this year festival goers will get a chance to enjoy soul and blues music celebrated by an all female band — extending the festival’s commitment to providing opportunity for women musicians as well as local artists.

The Gate City Divas are eight veteran Greensboro music professionals, all of whom happen to be female.  Shiela Klinefelter was the bass player in Smokin’ Joe Kubek and Bnois King’s band until Joe’s untimely death.  As the album’s producer  (dedicated to Smokin’ Joe),  Shiela brought together eight female artists from Greensboro, NC, who sing and between them play a wide range of instruments, including  drums, bass, keyboards and trombone.  The Divas are: Klinefelter, Kristy Jackson, Robin Stamps Doby Easter, Allison King-Jordan, Julie Bean, Lauren Myers, Melva Houston and Virginia Masius.

The album project is a celebration of these women and their common—but diverse—musical backgrounds, their shared and singular voices as songwriters, and their eight hearts overflowing for their community. While the band features internationally touring artists, performers with larger-than-life stage presence, and plenty of songs about breaking hearts, stealing men and frustration over the representation of women in the media, “The ultimate irony is that there’s not a diva among us—not one,” said one of the principal “divas,” singer-songwriter-keyboardist Kristy Jackson. “All are approachable, humble, brilliantly-talented, and wonderful, good-spirited people.” 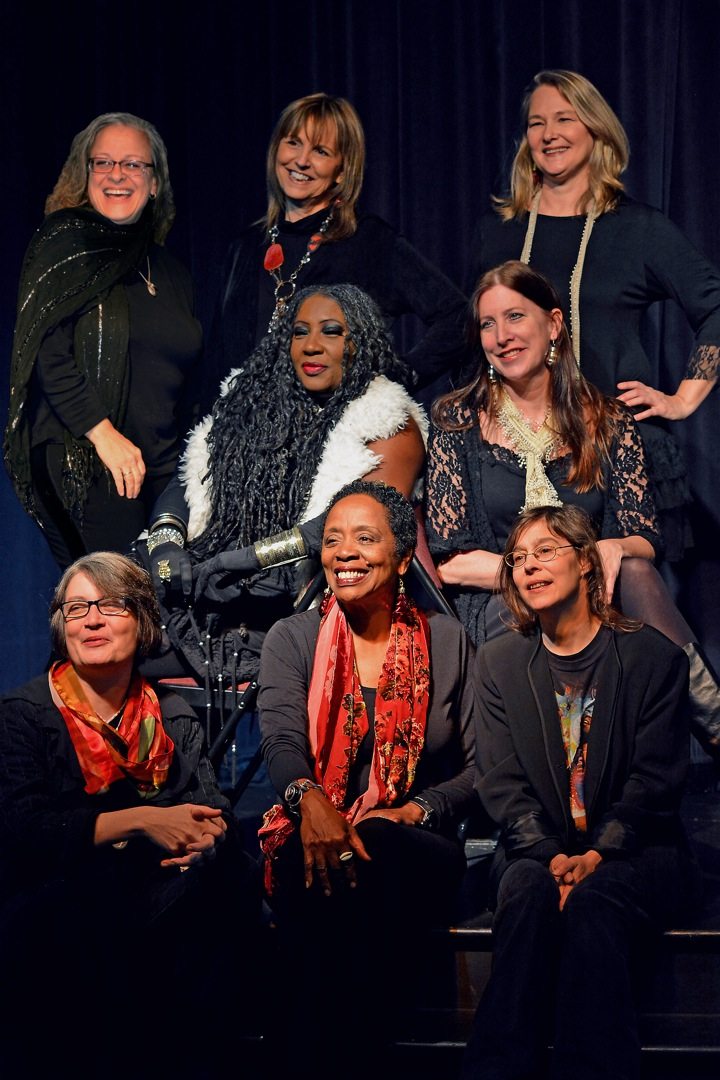