Eddie Palmieri is a bandleader, arranger and composer of salsa and Latin jazz.  The exciting octogenarian and 10 time Grammy Award winner will perform at the John Coltrane International Jazz and Blues Festival, Saturday, Sept. 2, 2017.

Known as one of the finest pianists of the past 50 years, his playing skillfully fuses the rhythm of his Puerto Rican heritage with the complexity of his jazz influences: Thelonious Monk, Herbie Hancock, McCoy Tyner as well as his older brother, Charlie Palmieri.

Born in Spanish Harlem and raised in the Bronx, NY,  Palmieri learned to play the piano at an early age, and at 13, joined his uncle’s orchestra playing the timbales. His professional career as a pianist started in the 1950s.  In 1961, he formed his own band, La Perfecta.  The band featured an unconventional front line of trombones rather than the trumpets that were customary in Latin orchestras, creating an innovative sound.

Palmieri polished his arranging skills in the 1970’s releasing several impressive recordings that reflected his unorthodox approach to music. That year he released “Harlem River Drive.”  The recording was the first to merge what were categorized as “Black” and “Latin” music into a free-form sound that encompassed elements of salsa, funk, soul and jazz. In 1975, Palmieri won the first-ever Grammy Award for Best Latin Recording for The Sun of Latin Music.

Recognized as an American icon, the Smithsonian’s National Museum of American History in Washington, DC, recorded two of Palmieri’s performances for its archives in 1988.

In 2013, Eddie Palmieri was awarded the coveted Jazz Master award by the National Endowment of the Arts (NEA). The NEA Jazz Master award is the highest honor an American Jazz artist can receive. The Library of Congress added Palmieri’s composition “Azucar Pa’ Ti” to the National Recording Registry, which at the time only included 300 compositions documenting the history of all of recorded music in the U.S.
Palmieri just released a new full-length album, SABIDURIA, in April. It features a fusion of Jazz, funk and Latin music with Afro-world rhythms. 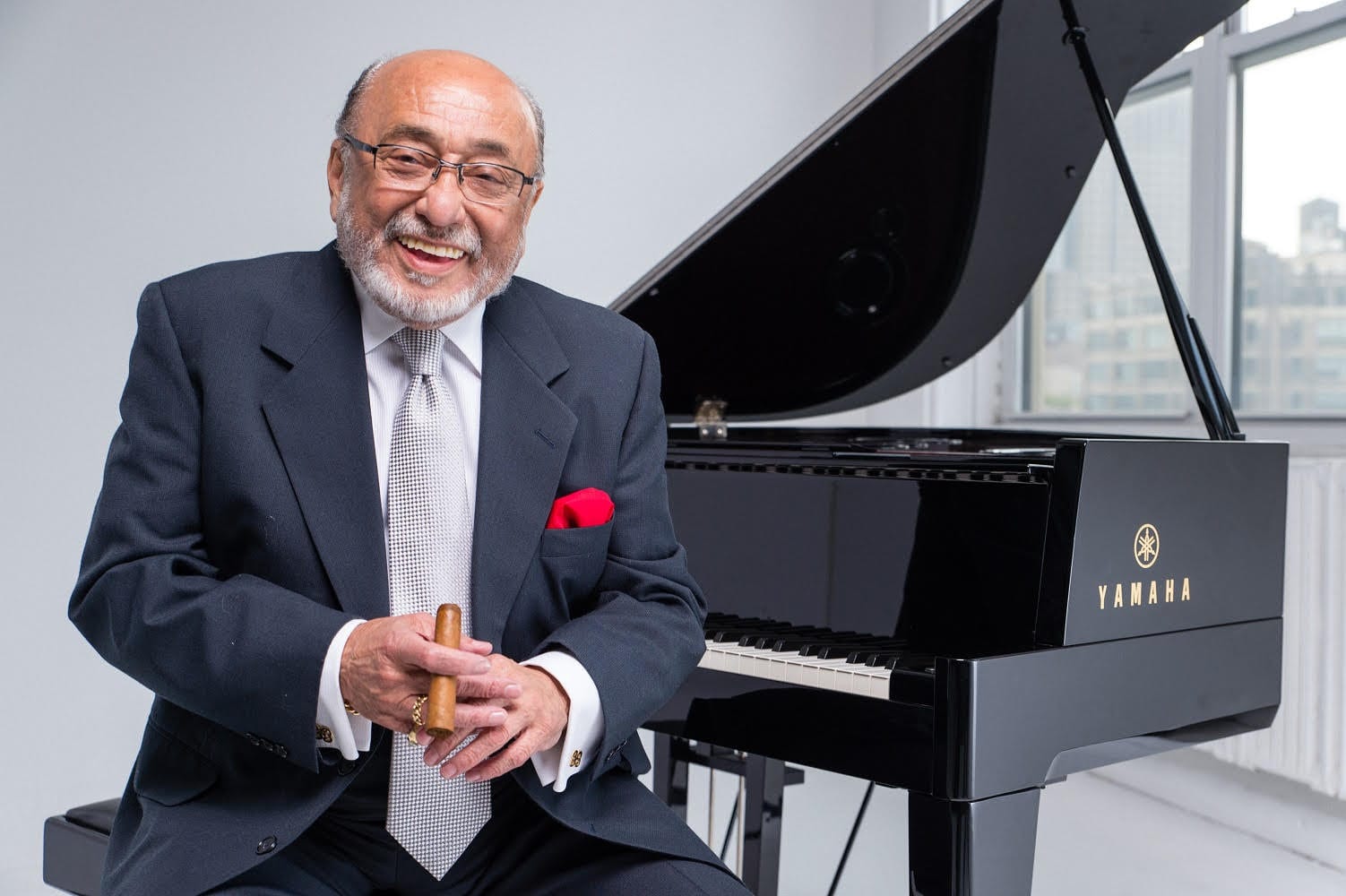