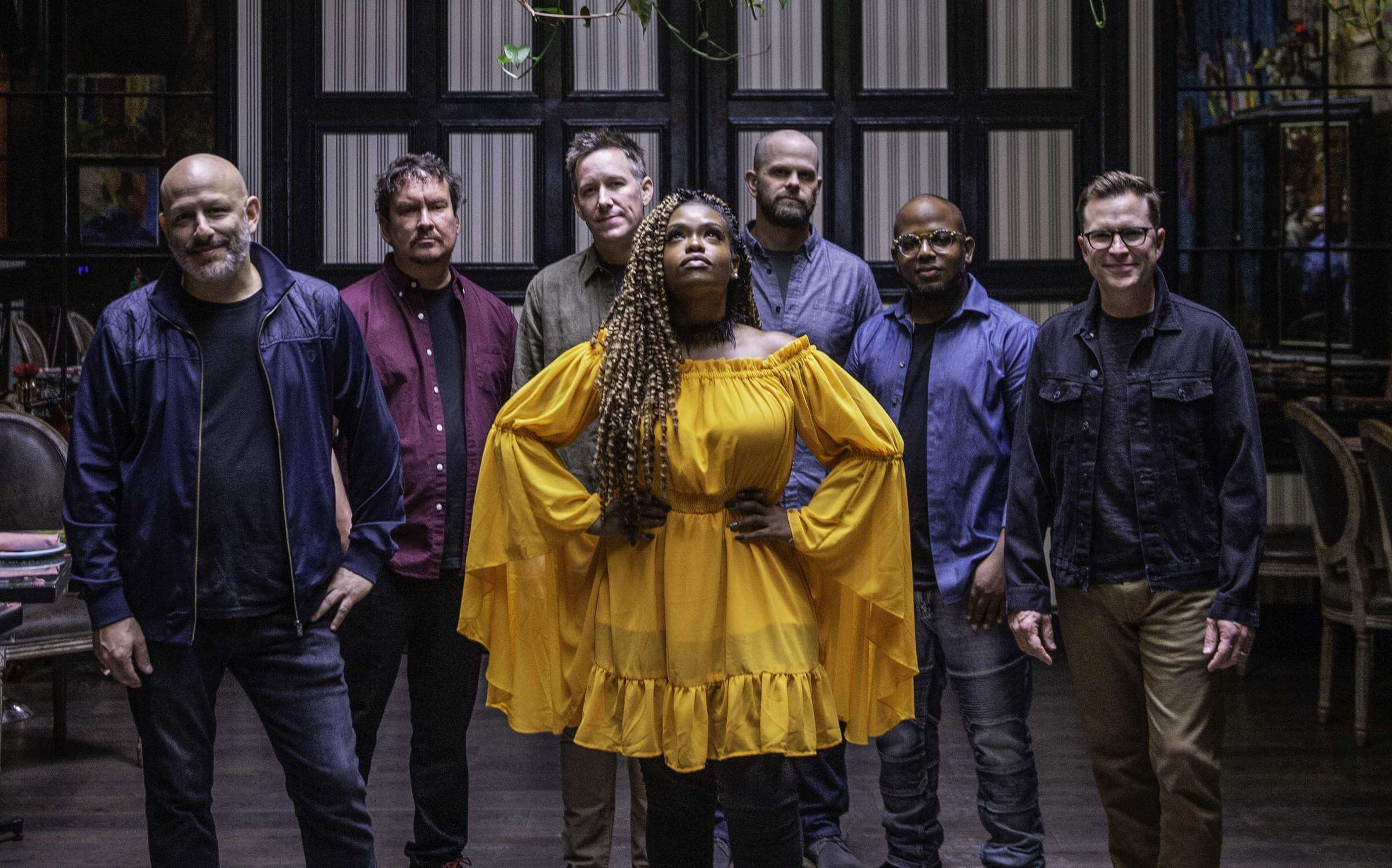 Although the Twitter profile describes Galactic as a New Orleans funk band, their music actually incorporates everything they’ve been exposed to and more. Given the array of music styles existing side by side in the Crescent City, which means much more than jazz, R&B, and blues. Galactic, the powerhouse band with a worldwide reputation is slated to play the 10th John Coltrane International Jazz and Blues Festival on Saturday, Sept. 4, 2021 in Oak Hollow Festival Park.

All bands cultivate a distinct sound, one they can call their own. Galactic has perfected it to an art, injecting modern rhythms and electronic instrumentation within the house-shaking framework of the Crescent City’s funk pop ‘n’ roll. Their music has it all — elements of rock, funk, brass band, blues, jazz, hip hop, electronic, and world music. “It’s not that we’re always trying to push boundaries,” explains bassist Robert Mercurio, “but we definitely take influence from our hometown and try to do something new with it. We tour all around the world and we’re exposed to tons of elements that filter their way into our consciousness and come out through our music.” In addition to Mercurio, the core of Galactic is guitarist Jeffrey Raines, Stanton Moore on drums and percussions, Ben Ellman on saxophone and harmonica, and Richard Vogel on keyboards. Angelika Jelly Joseph currently fills both roles. She is the featured vocalist when the band tours and on Galactic’s 2020 single release “Float Up.”

The self-contained band owns a studio, allowing the group to extend their creativity unfettered by time constraints most artists face when renting studio time. For their 2019 album “Already Ready Already,” they brought in a diverse array of predominantly young female singers, each of whom had their own disparate musical tastes and cultural flavor. Working with artists lesser known on the national stage but beloved in their own community enabled Galactic to demonstrate a kind of sonic truth about their hometown, putting the city’s multifaceted underground to the forefront. The band released its first recording in 1996 with “Coolin’ Off” and has turned out albums consistently since then including the celebrated 1998 “Crazyhorse Mongoose” and “Late for the Future” in 2000. The foundation of their sound is inspired by the funk anchored music created by New Orleans legends The Meters, the Dirty Dozen Brass Band, and Professor Longhair. This drives a specific creative output like fusing NOLA funk and second-line bounce with Brazilian rhythms on the 2012 album “Carnivale Electricos.” Then there’s the live shows — this is where the group’s talents shine. In concert, Galactic brings an unbridled energy to the stage to deliver incredible improvisations and new flourishes on familiar songs. The ultimate jam band, they embrace acid-jazz, post-bop, and fusion, while absorbing cultural styles and techniques of the music experienced in places they visit around the globe while on tour.