Lakecia Benjamin has an unyielding affinity for the music of both John and Alice Coltrane. Benjamin, an alto saxophonist, composer, and bandleader, will perform at the 10th John Coltrane International Jazz and Blues Festival on Sunday, Sept. 5, 2021.

The unyielding affinity comes from her recognition of the work the musicians did which now pave her way and their consummate infusion into the music of craftsmanship, spirituality, and empathy. And though she reverently embraces the jazz canon, she plays funk and R&B tunes with soul inspired energy and joy. She started off with neighborhood gigs playing Latin dance music of salsa, merengue and bachata which adds another level of experience to the creative arsenal from which she draws.

They say she is fearless, powerful, and fierce in her playing and her performance.

Born and raised in New York City’s Washington Heights, Lakecia Benjamin first picked up the saxophone at Fiorello LaGuardia High School for the Performing Arts. From there she joined the illustrious jazz program at New York’s New School University. Even at that early stage, she was already playing with renowned jazz figures like Clark Terry, the David Murray Big Band, Vanessa Rubin, and James “Blood” Ulmer. Her level of skill as a musician introduced her to ever growing opportunities. She soon became in demand as an arranger and horn section leader, landing gigs with such acclaimed artists as Stevie Wonder, Anita Baker, Alicia Keys, Gregory Porter, and the Roots. Although her jazz roots run deep, she embraced soul, R&B and hip-hop music with fervor and authenticity. Her band is Soulsquad. She has recorded three albums: the first two lean more towards the soul/R&B of contemporary jazz – “Retox” in 2012 and “Rise Up” in 2018. These groove driven albums speak to empowerment, resilience, and the positivity of making human connections.

Not A Haphazard Connection

In 2020 she released “Pursuance: The Coltranes,” an album on which she pays homage by reinterpreting songs by the couple including Alice Coltrane’s “Turiya and Ramakrishna,” and “Going Home” and John Coltrane’s “Acknowledgment,” and “Central Park West.” Lakecia Benjamin brought together a host of musicians for the recording session. Most notably were those who played with either one or both Coltranes including 2020 NEA Jazz Master inductee, bassist Reggie Workman who was part of John Coltrane’s band in the 1960s, and bassist Ron Carter who recorded with Alice Coltrane.

Lakecia Benjamin told a Downbeat Magazine interviewer that she was very well versed in Alice Coltrane’s music, she liked the “other worldliness” of it, but had not heard of John Coltrane until she read about him in liner notes on one of Alice’s albums. She told Ari Shapiro in an interview for NPR, “I always felt that they were the perfect dynamic of what a complete musician should be in terms of technically proficient, spiritually proficient, good human beings out here trying to heal and help people. For me they were the highest level, especially in jazz, that you could achieve.” 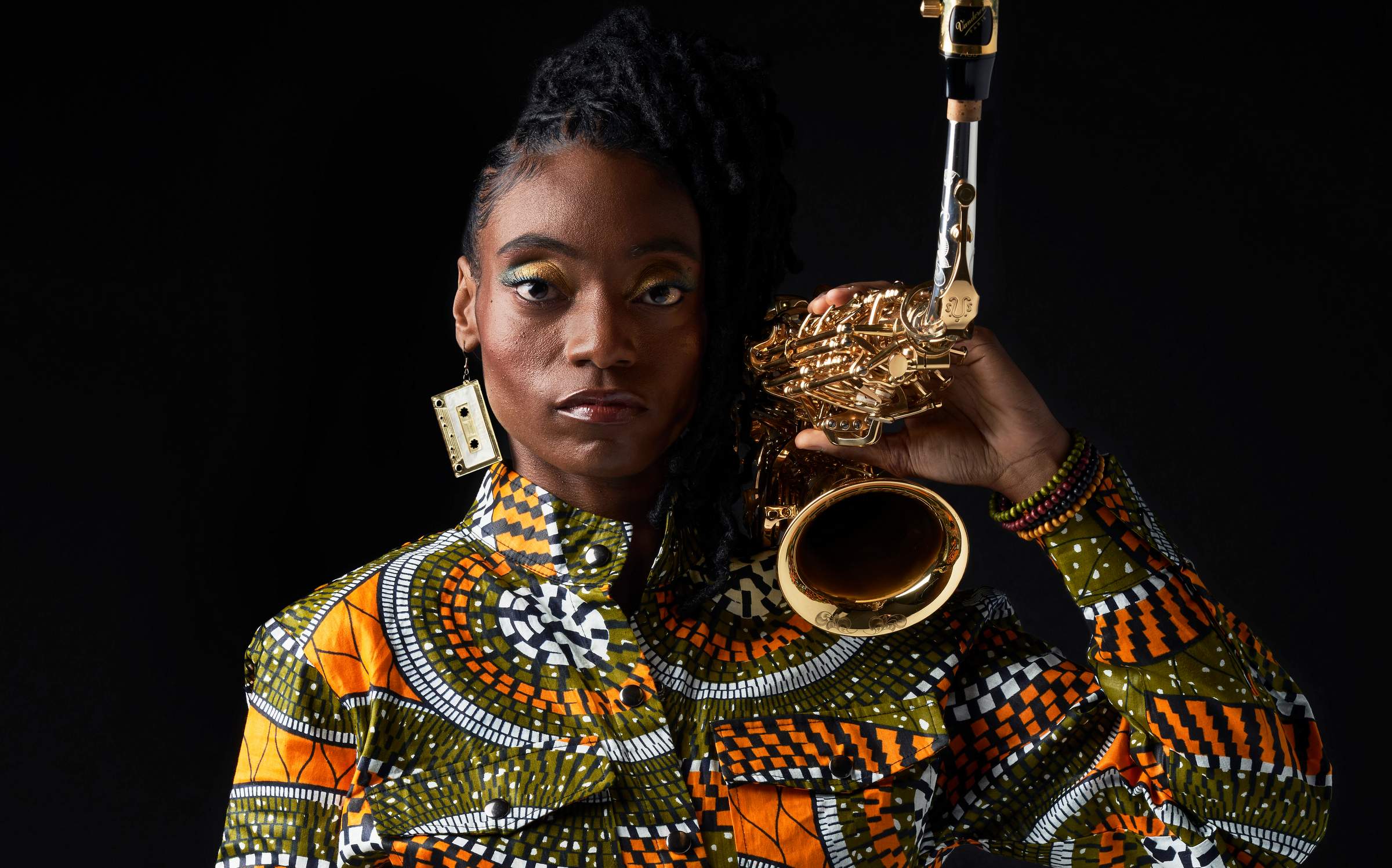