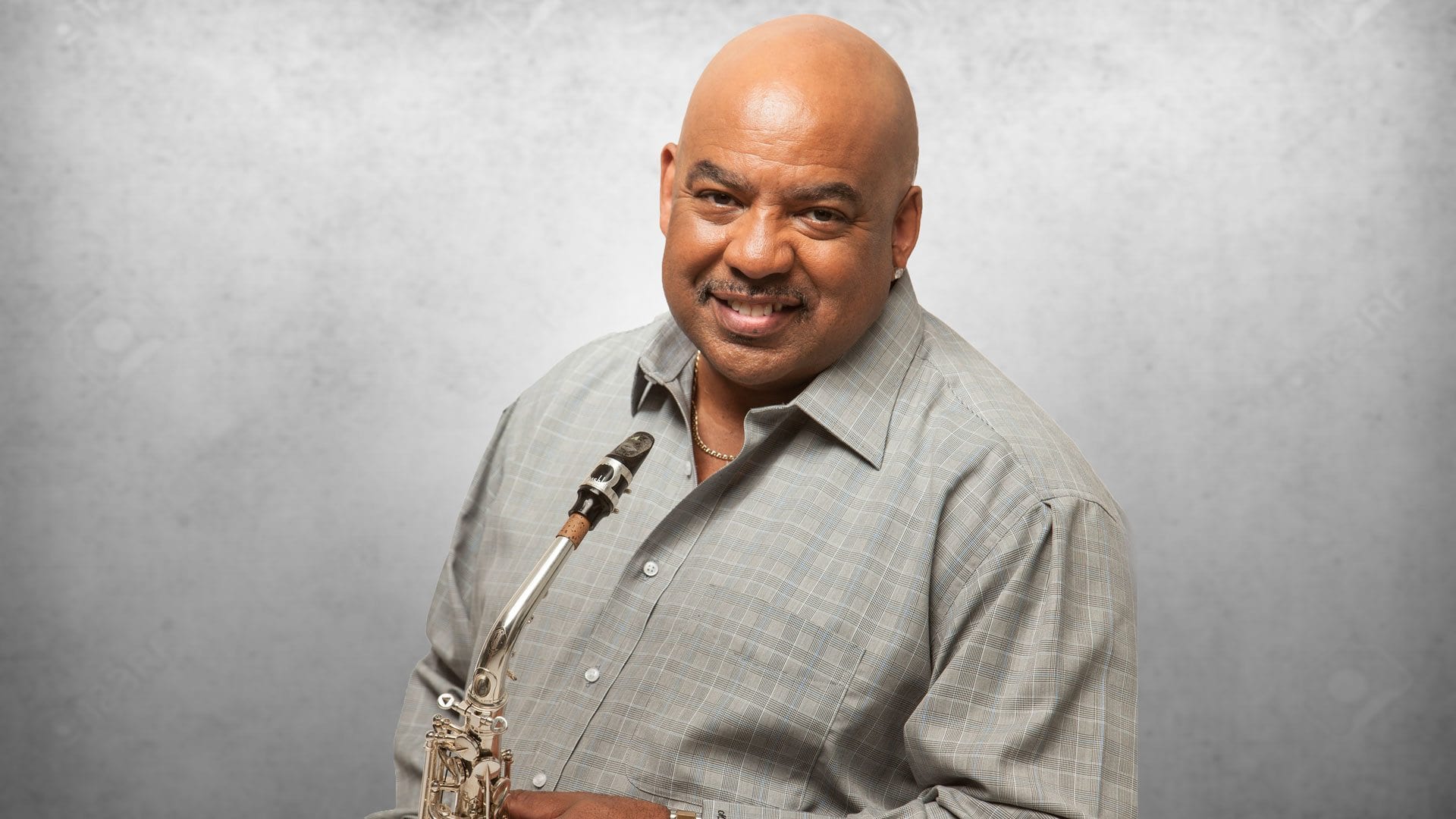 You think of Gerald Albright as a great saxophone player. In fact, the Grammy Award nominated artist is a multi-instrumentalist who also plays bass, keyboards and flute. Albright will make his second appearance at the John Coltrane International Jazz and Blues Festival — performing with guitarist Jonathan Butler on Saturday, September 2, 2017. Albright’s 2014 album release, SLAM DUNK continues his reign as the genre’s most compelling and consistent artist. It received a GRAMMY® nomination in the Best Contemporary Instrumental Album category for that year. He also toured extensively with Les McCann, Jeff Lorber, Teena Marie, the Winans, Marlena Shaw, Quincy Jones, and Whitney Houston, among many others.

Albright was part of the Summer Horns with Dave Koz, Mindi Abair and Richard Elliot for the 3rd Annual Coltrane Jazzfest in 2013.

During the ’80s, Albright became a highly requested session musician, playing on albums by a wide variety of artists – including Anita Baker, Ray Parker, Atlantic Starr, Olivia Newton-John, the Temptations and Maurice White.

Albright moved to GRP and produced two albums for that label before signing with Peak Records, which released two Grammy nominated albums, NEW BEGINNINGS in 2008, and , SAX FOR STAX in 2009; both in the category of Best Pop Instrumental Album.

The 2020 Coltrane Jazzfest Will Happen!

There is a special feeling that permeates Oak Hollow Festival Park in High Point, NC each year when the John Coltrane International Jazz and Blues Festival is held.  If you’ve ever attended, you have felt it. We are channeling that positive feeling as we look ahead....