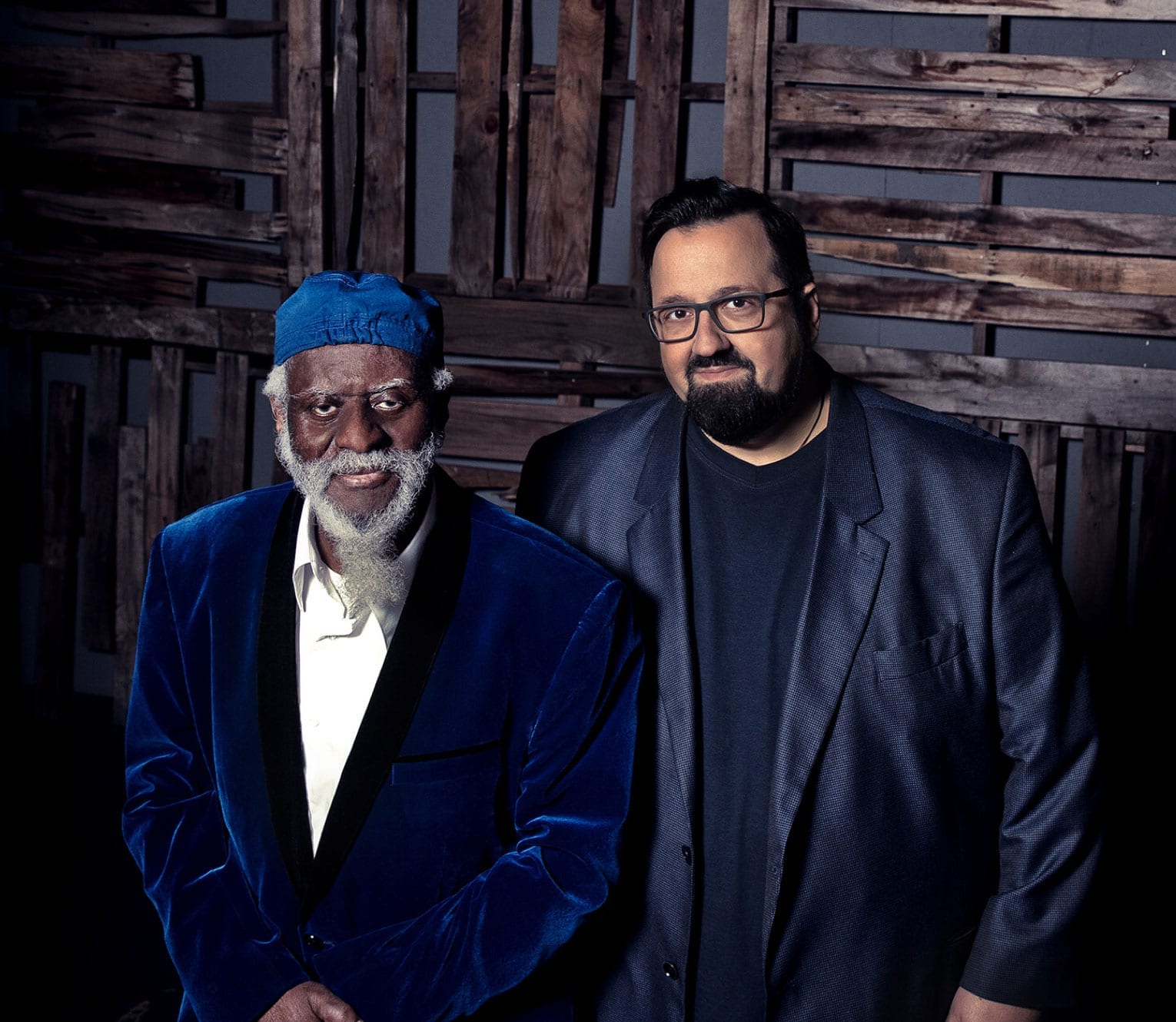 Joey DeFrancesco’s debut album was released 30 years ago this year.   As a fitting celebration, the master organist and the revered saxophonist collaborated on DeFrancesco’s newest recording IN THE KEY OF THE UNIVERSE, just released in March.  It includes a re-working of Sanders’ time-honored classic “The Creator Has a Master Plan” the seminal track from his 1969 album KARMA.

Born in Springfield, PA, DeFrancesco’s emergence in the 1980s marked the onset of a musical renaissance. Organ jazz had all but disappeared until DeFrancesco reignited the flame with his vintage Hammond organ and Leslie speaker cabinet. The son of “Papa” John DeFrancesco, an organist himself, the younger DeFrancesco was 16 when he signed with Columbia Records and released his first album ALL OF ME.  He toured with Miles Davis and played keyboard on the AMANDLA album, making DeFrancesco one of the two youngest players ever recruited for any of Davis’ ensembles.

In 1964, John Coltrane asked Sanders to sit in with his band. The following year, Sanders was playing regularly with the Coltrane group. The two recorded at least 10 albums together with Sanders as a sideman in Coltrane’s band.  Their music represents a near total desertion of traditional jazz concepts, like swing and functional harmony, in favor of a teeming, irregularly structured, organic mixture of sound for sound’s sake.

Selected as a 2016 Jazz Master by the National Endowment for the Arts, Sanders made his first record as a leader in 1964.  After John Coltrane’s death in 1967, Sanders worked briefly with his widow, Alice Coltrane. He has worked primarily as a leader of his own ensembles since the late 1960s.  In the decades that followed Sanders developed as an artist, capable of playing in variety of context from free form to mainstream jazz to accessible tunes that garnered radio airplay including the ballad “As You Are”  sung by the late vocalist, Phyllis Hyman on his 1978 album LOVE WILL FIND A WAY.  In 1988 he won the Grammy Award for Best Jazz Instrumental Group for BLUES FOR COLTRANE: A TRIBUTE TO JOHN COLTRANE, an album on which he collaborated with McCoy Tyner, the pianist from the classic Coltrane quartet. To this day, Sanders has never stopped recording and touring.

The musicianship, experience, and passion that both DeFrancesco and Sanders possess will combine to create an unparalleled  and powerful performance for this year’s festival.