Bassist Julian Vaughn is on a mission to redefine his instrument’s role within the smooth jazz genre. He will display his innovative style when he performs on Saturday, Sept. 4, 2021 at the 10th John Coltrane International Jazz and Blues Festival.

Since 2010, the dynamic lead bass player from Kansas City has made an international name for himself in a genre that is dominated by artists who play the saxophone. Although the bass is often associated with funk, Julian Vaughn likes to play with more of a finesse style. He has no problem playing some funk, as well. He taught himself to play a six string bass given to him by his grandfather.  Before that, while playing bass in the band at church, Vaughn discovered his natural ability to play by ear. “I was always involved in music with the church, Vaughn recalled. “ I got into jazz when I heard my first jazz CD by a guy by the name of Najee. It was Tokyo Blues, and ever since then I’ve been hooked.”

Julian Vaughn cites Wayman Tisdale as his biggest influence, not only because of the love they shared for the bass, but also because of their shared love of basketball.  Vaughn is 6’7’ tall and played enough basketball in his formative years to have pursued a pro-career, as did Tisdale, the late NBA star and recording artist who passed away in 2009.  Smooth jazz saxophone icons Boney James and Euge Groove are two more artists who have influenced Vaughn.

Vaughn’s recording career began with the Purpose Project in 2010, a self-released album for which he wrote and produced all the songs. The album garnered enough radio attention to build a buzz which led to Vaughn being signed to Tripp-n-Rhythm Records. He then released Breakthrough in 2012, an album aptly titled as it charted #24 on the Billboard charts with the single  “On Your Feet,” going to #1 and staying there for three weeks. Other albums include Limitless, released in 2015, Supreme, released in 2019 and Vaughn’s 2021 offering Chapters of Love with the current single “Sway.” Julian Vaughn has been quoted to say,“Take my music away and the ability to write, produce and perform, I might as well be dead.  That’s how much it means to me.” 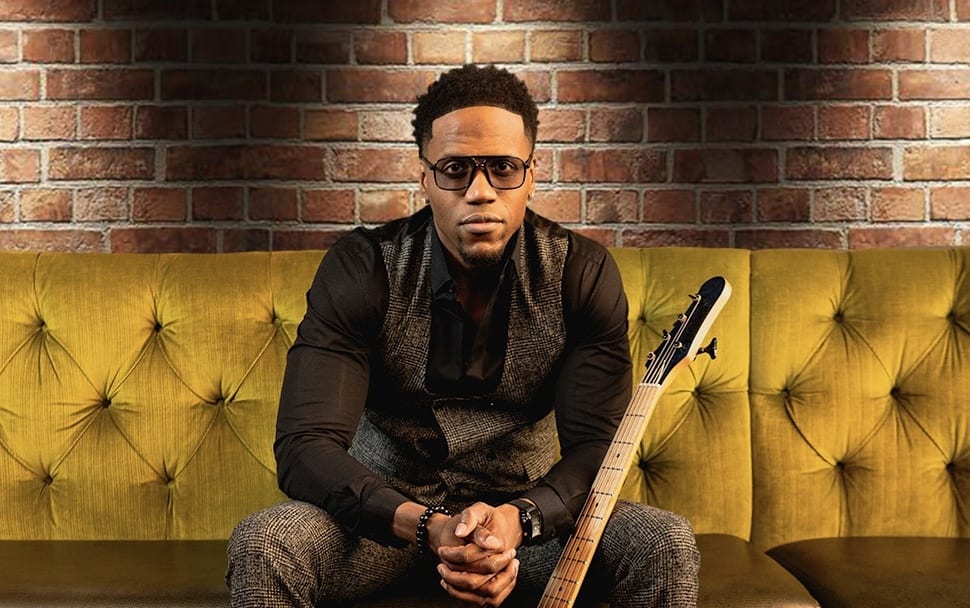