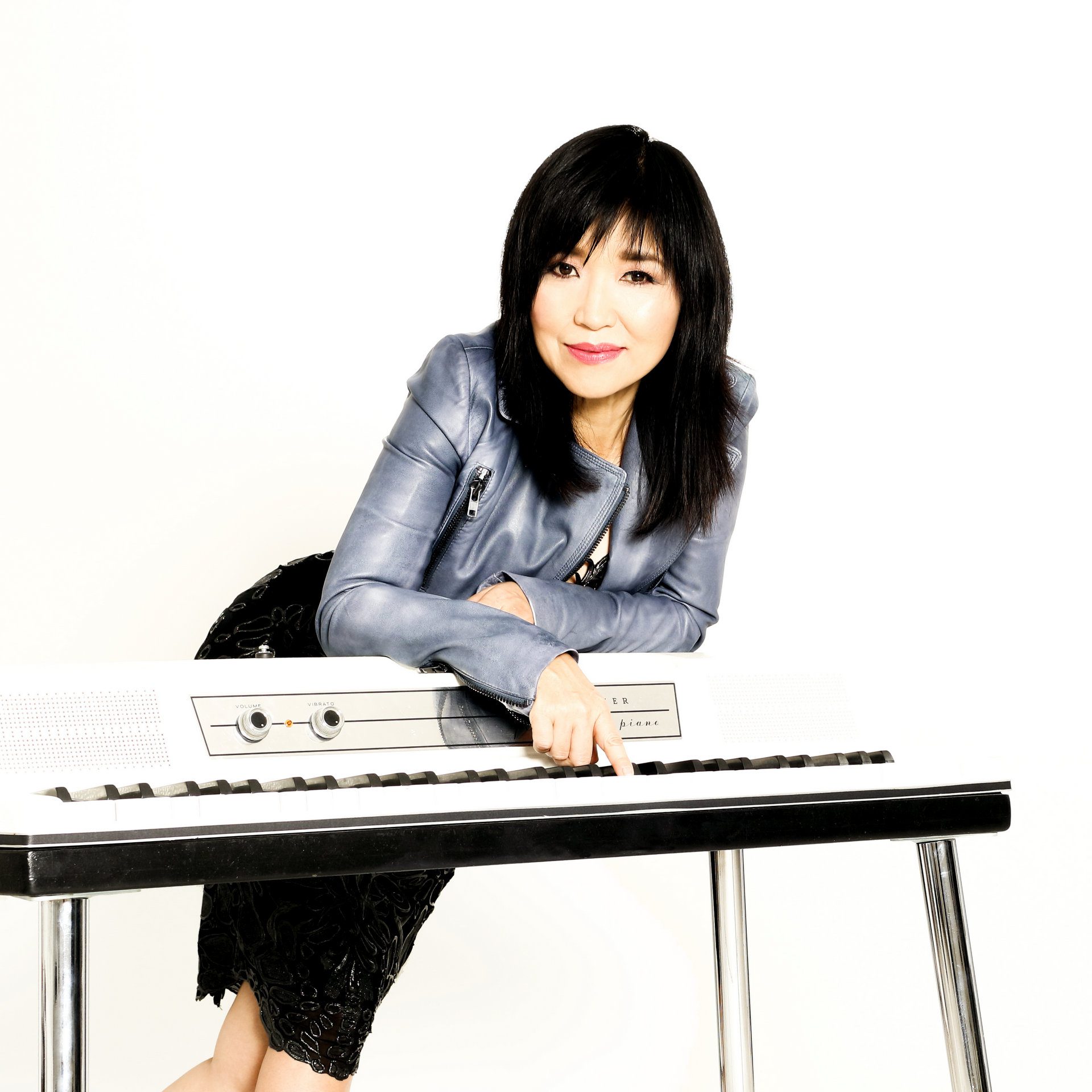 The transcendent and haunting melodies she plays have long looked to build bridges. Her sonic cultural exchange has reached the hearts and minds of fans throughout the world and has allowed the pianist to work alongside icons Miles Davis, Stevie Wonder, Hugh Masekela and Bob James. “I would like my music to be a conduit for peace, kindness, love and light,” shares the petite, soft spoken, yet commanding pianist. A master storyteller, Matsui crafts exquisite compositions replete with lush harmonies and global rhythms to create timeless musical anthems. Like iconic musicians Miles Davis and Shirley Horn, Keiko is also a master at utilizing space in her music to create a backdrop of drama, tension and sheer beauty. Keiko Matsu’s most inspired work yet, Echo features many special guests including bassist Marcus Miller, saxophonist Kirk Whalum, vocalist Gretchen Parlato, guitarist Robben Ford and bassist (and son of Clint Eastwood) Kyle Eastwood. The all-star lineup also highlights the premiere recording musician’s drummer Vinnie Colaiuta, bassist, Jimmy Johnson and guitarist Paul Jackson, Jr., and percussionist Luis Conte, as well as Keiko’s top notch touring band, Jimmy Branly, JP Mourão and Rico Belled.

INSPIRED BY A CAUSE

Keiko Matsui took her first piano lesson at five and she made her US recording debut in 1987 with the recording A Drop of Water. Under Northern Lights followed in 1989 and her subsequent albums of note include No Borders (1990), Night Waltz (1991), Cherry Blossom (1992), Doll (1994), Sapphire (1995) and Dream Walk (1996), which remained on the Billboard Contemporary Jazz Chart for over 15 months and further cemented her reputation as a force to be reckoned with. In 1997, she launched a tour dedicated to raising awareness of breast cancer and released a four-song CD entitled A Gift of Hope that helped the Y-Me Breast Cancer Organization. Her music was prominently featured in Say It, Fight It, Cure It, a Lifetime special profiling several courageous women battling breast cancer. “My fans come from all backgrounds, and I have been approached by various foundations to join in their efforts. When I hear of a cause that resonates with me that I can dedicate my music to, then I am always

willing. It is my way to show gratitude and give back,” states Keiko. In 1999, the pianist performed at “A Golden Moment,” a skating concert featuring Olympic figure skaters Kristi Yamaguchi, Tara Lipinski, Ekaterina Gordeeva, and Katarina Witt, which helped the Susan G. Komen Foundation.