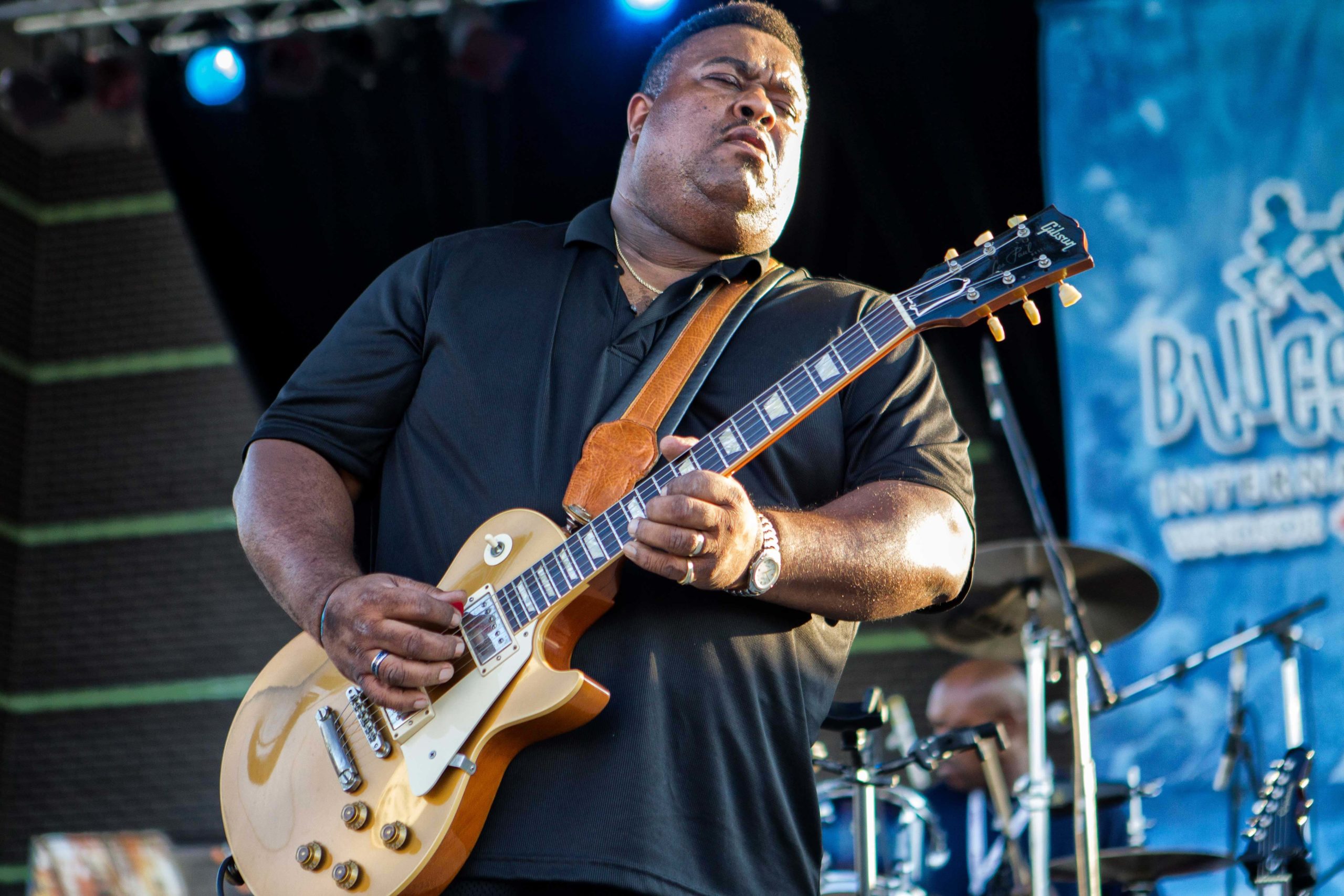 The legendary Rust Belt bluesman, Larry McCray has joined the lineup for the 11th John Coltrane International Jazz and Blues Festival, performing on Sunday, Sept. 4, 2022. Known for his singing and guitar style, he is one of the last great blues shouters, in the spirit of B.B. King, Luther Allison and Little Milton. The term Rust Belt is synonymous with regions of the country hit by industrial decline and abandoned factories rusted from exposure to the elements.

After trying his hand at saxophone in school, his older sister introduced him to the guitar and the transformative music of the three Kings of the blues (B.B., Freddie and Albert). By the late ’80s, Larry McCray had attracted the attention of Virgin Records executive John Wooler, who had recently started a subsidiary label, Point Blank Records, featuring blues, soul, and Americana artists.

He signed McCray as his first artist and his debut album, Ambition— fused elements of blues, rock, and soul to create a contemporary blues sound. It was recorded in a friend’s Detroit basement studio and released in 1990 to critical acclaim. Throughout the nineties, Larry McCray continued to help define blues rock by collaborating with artists such as labelmate and fellow guitarist Albert Collins and releasing the much more slickly produced album, Delta Hurricane in 1993.

Throughout his career, Larry McCray’s life has imitated the rags-to-riches stories of the blues. His musical journey took him through many twists and turns, personal hardships, and dark moments. After meeting his current companion and collaborator, Peggy Smith, McCray found peace and was rediscovered by kindred spirits found in Bonamassa and Josh Smith. Both Smith and Bonamassa are hailed in the blues music world for their musicianship, songwriting and producing. The duo produced Larry McCray’s first album in seven years, Blues Without You. The 12-track collection was released in March via Bonamassa’s label Keeping the Blues Alive (KTBA) Records.