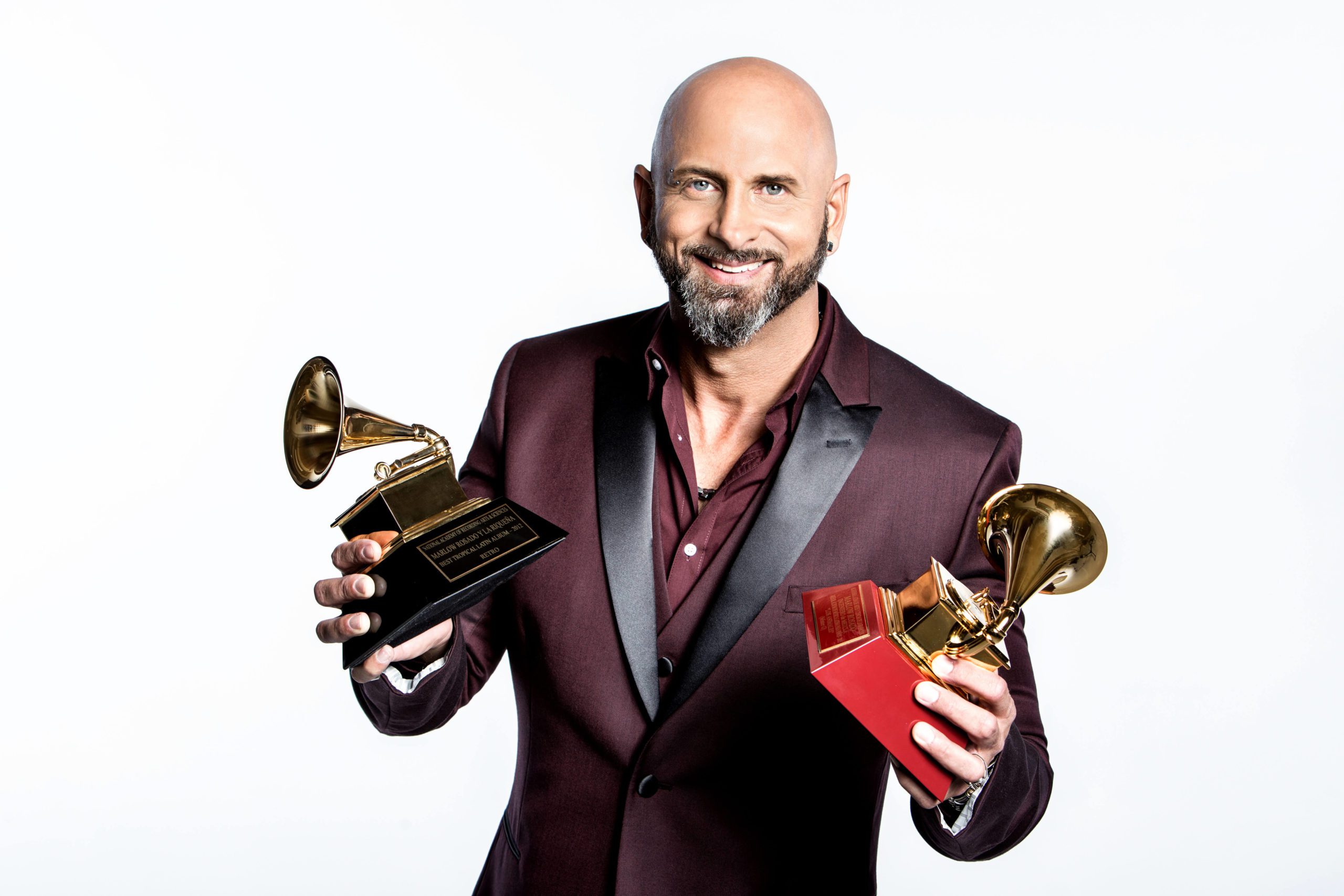 Two Grammy Award-winning artists who have each embraced the cultural resonance of the Latin Jazz genre, bring the rhythm and swing to the 11th John Coltrane International Jazz and Blues Festival. Marlow Rosado, pianist, composer and  arranger will be joined by vocalist and songwriter Aymée  Nuviola on Saturday, Sept. 3, 2022.

Rosado is of Puerto Rican descent and passionate about preserving the foundations of traditional salsa. He released the album Los Colores de la Salsa (The Colors of Salsa) in 2021, a  modern take on traditional Latin dance rhythms. Rosado has a trademark sound, described as “salsa gruesa” (heavy) which features lyrical piano solos, blaring horns, and rapid-fire percussion. On the opposite end of the spectrum, Orun, an album he released the same year embraces the Afro-Cuban influences of Latin Jazz and features a collaboration with Cuban pianist and Latin Jazz icon, Chucho Valdez. Rosado won the Grammy Award for “Best Tropical Latin Album” in 2012 for the recording Retro and won a Latin Grammy in 2015 for “Best Children’s Album” for Los Animales.

Tropical Latin is a term in the Latin music industry that refers to music genres derived from or influenced by the Spanish-speaking areas of the Caribbean. It includes the islands of the Dominican Republic, Puerto Rico, Cuba, and the Caribbean coastal regions of Colombia and Venezuela. Rosado distinguishes it even further as music that draws from the rhythms that first arrived in the Caribbean on slave ships. Marlo Rosado has been inducted into the Latin Songwriters Hall of Fame. He has written songs for and produced top artists including Valdez, Tito Puente, Jr., Ceelo Green, Idina Menzel, El Gran Combo De Puerto Rico and many others.

Her album First Class to Havana won the Latin Grammy Award for Best Salsa Album and the American Grammy for Best Tropical Latin Album in 2014 and 2015, respectively. Nuviola’s album Como Anillo al Dedo won Best Tropical Fusion Album at the 2018 Latin Grammys while in 2020 A Journey Through Cuban Music won the American Grammy Award for Best Tropical Latin Album. She collaborated with pianist Gonzalo Rubalcaba, a leader in the Latin Jazz genre on the album Viento Y Tiempo, Live at Blue Note Tokyo. It received a nomination for the 2021 Best Latin Jazz Album Grammy.

For three consecutive years, 2014, 2015, 2016 Nuviola was nominated for the Cubadisco contest, as best singer-songwriter and best popular music album. Cubadisco is a huge festival and awards event celebrating Cuban music. Nuviola won Cubadisco Awards for those years and another in 2018.

Nuviola was born into a family of musicians and began playing piano at the age of three. She graduated from the Manuel Samuel Conservatory in Havana and grew to become a prolific songwriter and composer,

Aymée Nuviola was the first Afro-Latina in the history of Spotify, to represent Black History Month with her music playlist and the name, “Viva Afro-Latino”. In 2014, she was selected among the 25 most influential figures in Miami by the newspaper New Times.