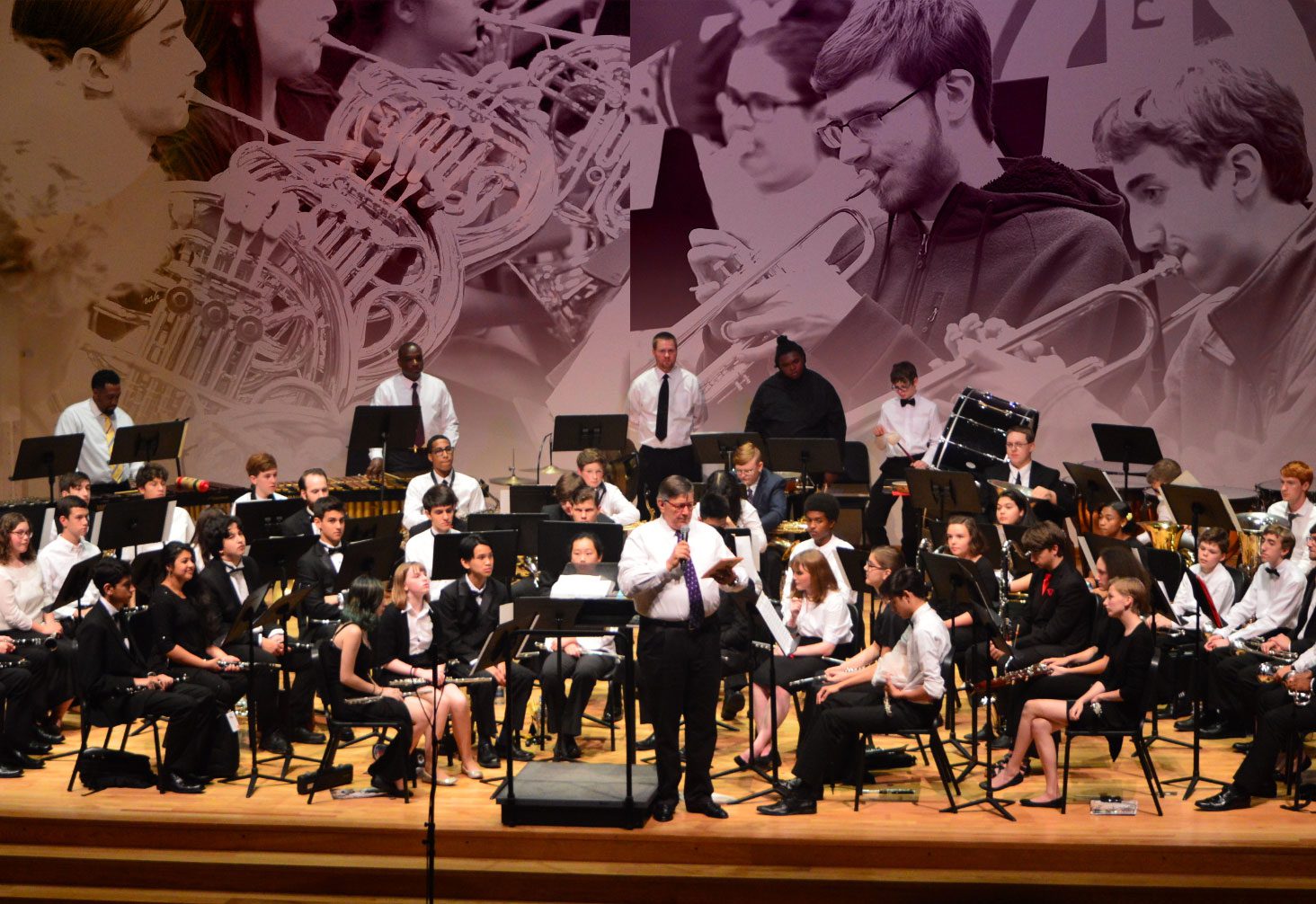 For almost 20 years the Wachovia Winds Youth Wind Ensemble has given nearly 2000 young people from throughout the North Carolina Piedmont the opportunity to rehearse, perform and fellowship with talented, like-minded youth musicians. Members of the ensemble will open the second day of the John Coltrane International Jazz and Blues Festival on Sunday, Sept. 4, 2022.

Founded in 2003 and guided by Artistic Director Danny Green, the Wachovia Winds Youth Wind Ensemble’s main purpose is to give students the chance to study with some of the area’s best conductors, teachers, and performers. The students are well versed in the tenets of rigorous musical study. As such, Green is putting together a jazz group from the ranks of the middle and high school student members.

Green and Phillip Riggs were the ensemble’s first conductors. Also, Wachovia students have benefited from the instruction of 22 different conductors. The Ensemble has commissioned and performed seven new works for the concert band. Member musicians have opportunities to perform in various venues throughout the community with other young musicians that share similar interests and abilities. Since holding the first rehearsals and performances at Clemmons Moravian Church, the Wachovia Winds has gone on to perform in nearly every major venue in the Winston Salem community.

A former conductor of the Winston-Salem Youth Symphony. For several years, Danny Green performed with the Piedmont Wind Symphony, where he served as a clarinetist and guest conductor. He is a Winston Salem native who graduated from North Forsyth High School, earned a bachelor’s degree in music education from East Carolina University, and a master’s degree from the University of North Carolina School of the Arts. Danny Green has twice been elected “Band Director of the Year” by the Forsyth County Band Directors Association.