He moves a lot like James Brown, sings like a balladeer and plays a mean saxophone.  Marcus Anderson will ignite his own brand of spontaneous combustion on Saturday, Sept. 4, 2021 at the 10th John Coltrane International Jazz and Blues Festival.

The Grammy and Stellar Award nominated artist has 13 studio albums under his belt including the 2005 debut solo release My Turn, the 2017 release  Style Meets Substance, two live recordings and two Christmas albums. Several of Anderson’s albums reached number one on the  Billboard  Smooth Jazz chart and Sirius XM’s Watercolors.

Anderson’s work with the late Prince and the New Power Generation is where he became recognized as a standout musician and performer. Prince also featured Anderson on his last release Hit N Run Phase 2, playing on “Revelation” and “Look at Me Look at You”. He has toured with Stevie Wonder, CeeLo Green, Judith Hill, and Liv Warfield and performed with Sheila E., Lalah Hathaway, Anthony Hamilton, Eric Benet and Miguel.

Anderson was a featured member of the band  when keyboardist Brian Culbertson headlined the  2019 Coltrane Jazzfest. The two traded musical acrobatics while zealously delivering a crowd pleasing song list that kept the audience on their feet until they played the last note.

Born in Spartanburg, SC in 1985, Marcus Anderson graduated from North Carolina Central University. Five years ago he became the proud owner of “Trax Coffee Bar” located in downtown Rocky Mount, NC. There they serve his private labeled brand, named “AND Coffee”. He also hosted the very first Jazz and Coffee Festival in Asheville, NC. This will become an annual event. Most recently Marcus has ventured into the world of comics and animation. 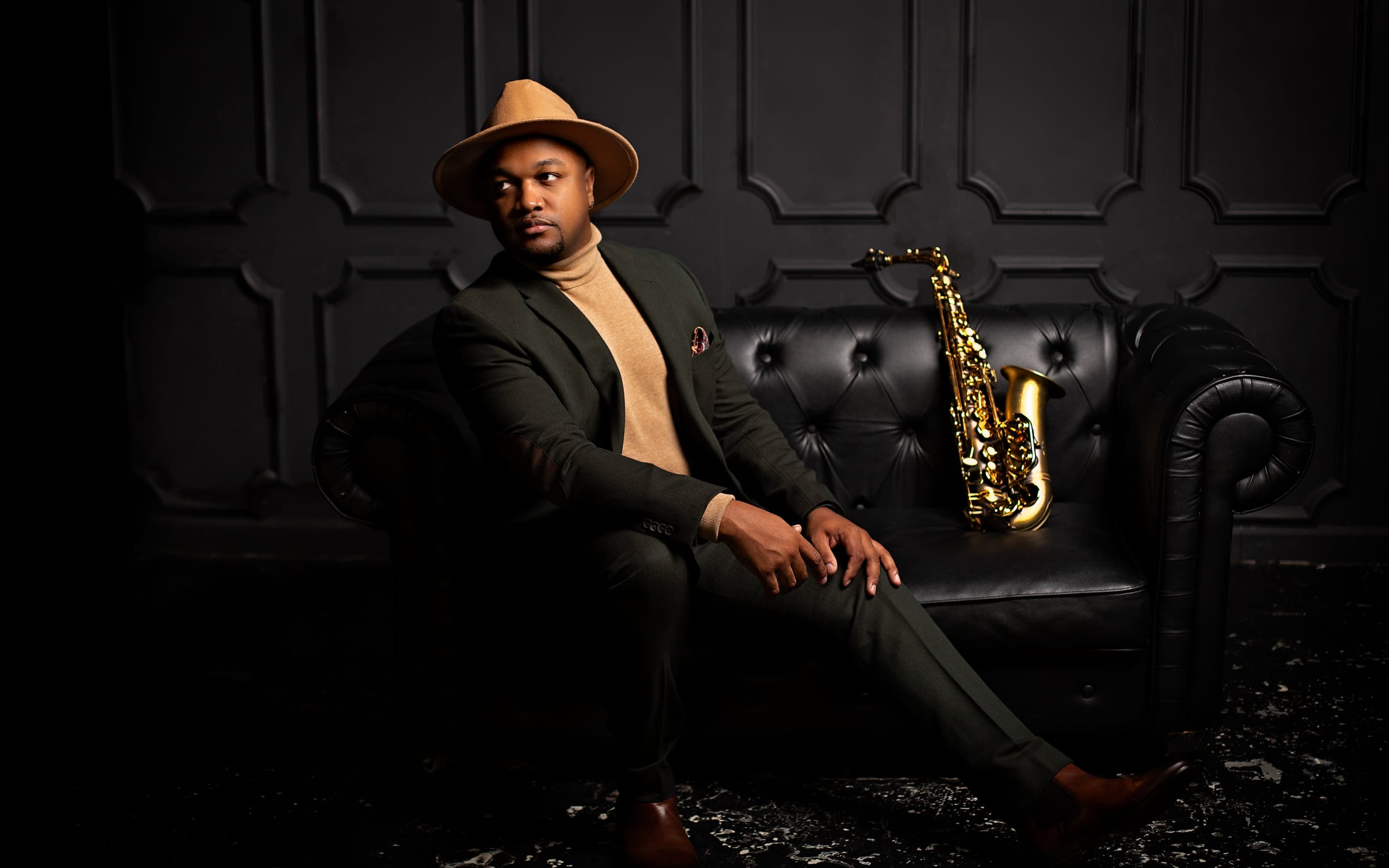