“I had never held a horn until middle school night before I started sixth grade.  That night, the band teacher had the band room open to allow interested students to try different instruments.  I knew that I wanted to play in the band, but I had not decided on an instrument. I tried a few different instruments, and the band teacher encouraged me to try the horn.  As soon as I tried, it clicked,”  2018 essay contest winner

Read some of the entries submitted to compete in the John Coltrane International Jazz and Blues Festival (JCIJBF) Student Essay Contest and you gain a tacit connection to how important music education is in a student’s overall development.

The contest has been held each year since the festival began in 2011. It offers North Carolina middle and high school students a chance to win a brand new instrument by writing an essay describing their affinity for jazz and the impact having a new instrument would make on their lives. Winners are presented with their prize instruments on stage during the festival.  Each year one of the performing professional artists deliver short remarks  to encourage the students and give advice on  continuing their music studies.

Chieli Minucci of Steps Ahead speaking to the group of 2017 essay contest winners.

In the years of essays we’ve read, we are struck by the number of students who look to music to help them cope with the effects of family issues such as a parent losing a job or battling a catastrophic illness.  Then there are those who write about the escape music provides from peer pressure, academic challenges and family turmoil.

A 2017 contest winner wrote in their essay, “I am using my father’s saxophone right now. It would mean a whole lot to me to have a horn of my own.” The student continued,” My family is recovering right now from a year of a major job loss which had a big effect on our family and made some things really difficult.”

Often times, the student’s reflections are thoughtful, their observations insightful. “Band, especially jazz band, is sort of the middle ground of my personality,” wrote a winner from 2015. “It can be described as a crossroads between my two lifestyles, and where the roads intersect, they create jazz.”

To date, over 80 instruments have been awarded to aspiring students at a retail value of more than $125,000. Yet each year the contest deadline has to be extended to give more students time to write and submit an entry while festival organizers hope to get enough entries to make the contest competitive.  This year is no different.

The 2019 deadline has been pushed back to Friday, July 26th. The festival organizers want to have at least another ten entries by the deadline.  Share this information with any student musician you know.  Tell them of the opportunity to win a new instrument. https://coltranejazzfest.com/coltrane-community/student-essay-contest/ 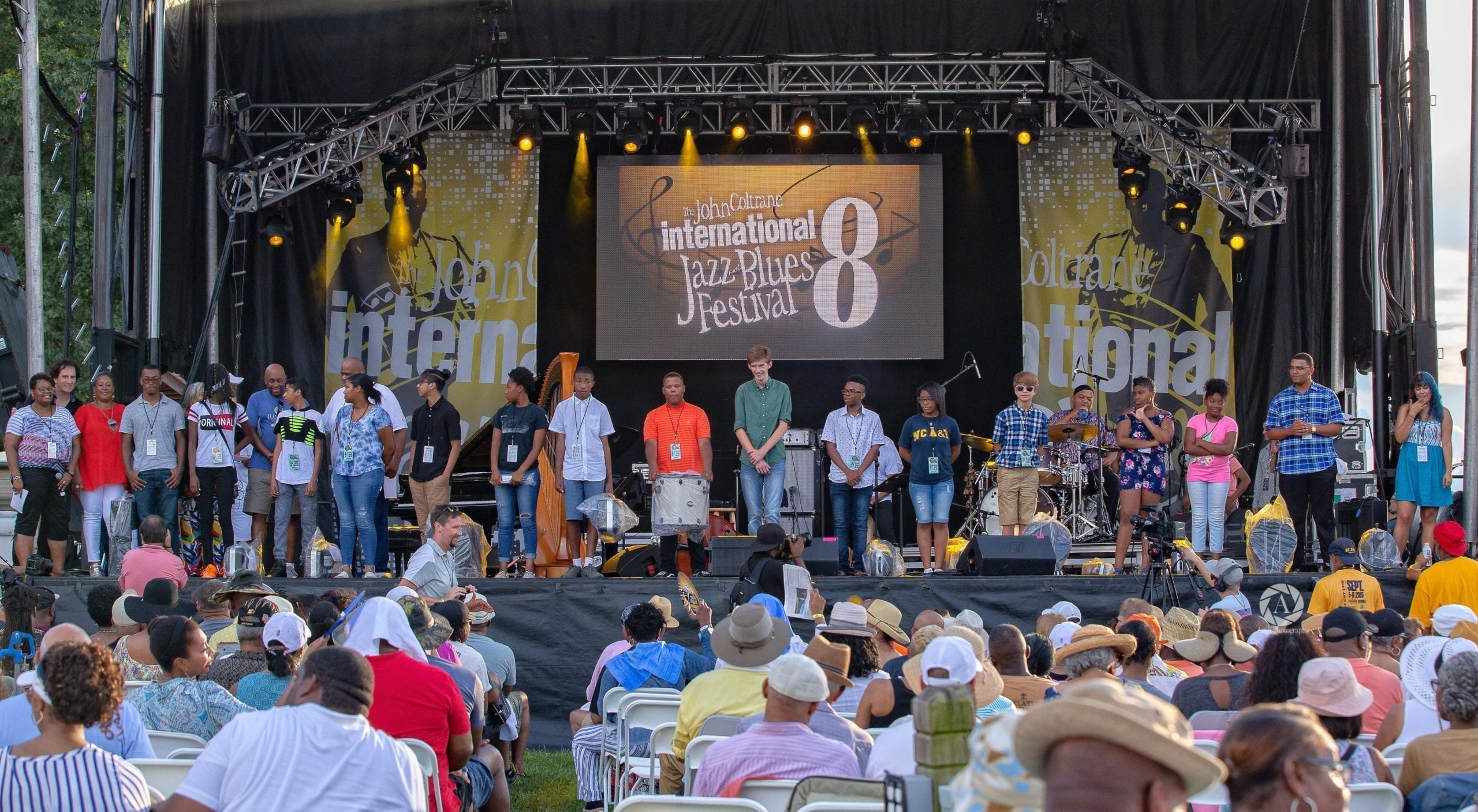