Legendary percussionist, Pete Escovedo is an artist who broke down the barriers between Smooth Jazz, Salsa, Latin Jazz and contemporary music. His name has been synonymous with these genres for more than 50 years. Pete is known worldwide for his live performances, session work and solo albums.

Escovedo returns to the John Coltrane International Jazz and Blues Festival, leading his orchestra and hosting his famous daughter, Sheila E as special guest. They will perform on Sunday, Sept. 2, 2018. The elder Escovedo performed with the Latin Jazz All Stars at the 2016 Coltrane Jazzfest.

Born in Pittsburg, CA, he discovered percussions at age 16 after initially starting to learn the saxophone. Escovedo and his brothers formed a Latin Jazz band in the1960s. He and his brother Coke formed the band Azteca in the 1970s. They toured with Stevie Wonder.

He joined the Carlos Santana band in 1972, toured the world and performed on the albums MOONFLOWER, ONENESS and INNER SECRETS.

Sheila E. was born into this rich heritage of Latin music in Oakland, CA. As a young girl, she was immersed in the diverse music scenes of the Bay Area—influenced and inspired by her percussionist father and musical uncles Coke Escovedo, Alejandro Escovedo, Mario Escovedo, and Javier Escovedo.

She picked up drumsticks and started making music at the age of three while watching her father rehearse for his gigs with Tito Puente and Carlos Santana. She and her two younger brothers and sister grew up in a close-knit artistic family where it wasn’t uncommon for the top musicians of the day to jam in their small apartment until the early morning hours.

She’s spent five decades making Latin and pop music– from Sheila E.’s very first band when she was a teenager to her tours with Marvin Gaye, Lionel Richie, and Prince, to the launch of her own solo career.

Father and daughter recorded two albums together in 1978; SOLO TWO and HAPPY TOGETHER.

Pete Escovedo’s released a new album BACK TO THE BAY, at the end of March. Both he and daughter Sheila E have published memoirs; his titled “My Life in the Key of E,” and her’s titled “The Beat of My Own Drum.” 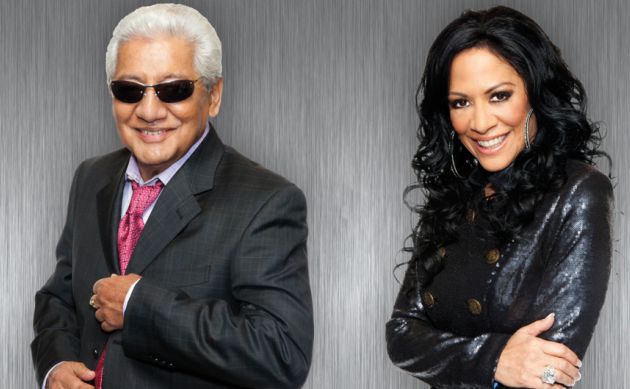